Neko, I Still Miss You 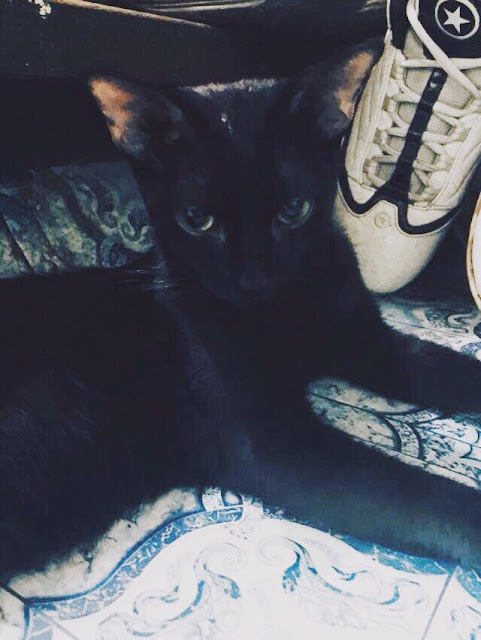 The stray cat that I learned to love had passed away, :( Neko got ran over by a car, and I have no idea it happened to him until a couple of weeks after. I can't explain what I'm feeling the moment Oniichan informed me about Neko and I realized that it was probably the reason why he stopped barging into our house. Because he can no longer do it. Because he's gone.


I'm writing this down now, crying literally bawling my eyes out. :'( Mom doesn't want him to live with us even though everyone in the house was fond of him. He would just barge whenever he feels like it and would stay with us the whole day. If it was me, I would love to keep him for good. He's the first cat that I learned to love since I'm a dog person.

If only I had known our relationship would end soon, I would have petted you a gazillion times, gave you food when you're asking for it, I would have sneakily let you sleep with us in our room. I would have played with you and allowed you to cling on me more :( it was a short period of time but I'll never ever forget you. Thank you for showing me how adorable you are, for reminding me that not all cats are wild, for all the mouses that you caught, for scaring me every morning when I woke up, for giving me mini heart attacks because you always popped out of nowhere.  I love you Neko and I hope wherever you are right now, you are happy and at peace.

This song is for you my love.

Until we meet again.