February was a busy month for me, I just got back from our trip on the second week and it was a blast. However, going back to Manila was quite disappointing (?) I don't know but it felt like a huge responsibility awaits me. Sure it is because this is where I'll be spending my life for heck lot of years.

Anyways, so aside from my vacation, February is also the month of hearts which I clearly don't care about and as you all know, my lazy ass is single, whoops but not ready for commitment or anything ha ! I really don't like going out on V-Day because you know I'm just gonna blind my eyes from all those cheesy couples, that is why I prefer staying at home.

Unfortunately, I was forced to run an errand for my mom to buy a freaking spaghetti sauce on that one particular day. I was like "nope" at first but still went on anyway. -_- besides who loves home cooked spaghetti on Valentine's ? It would be like a date with my fam hahaha ! So, I went to the mall it was a lot crowded and hell I wasn't wrong. Cute and adorable couples were everywhere, and most of them had prepared some surprise events omg. I couldn't even get through without squeezing my body against them. TTuTT. I was like "Damn you spaghetti sauce"//

Oh well. Atleast we got all these flowers from Vday ! Because let's be honest, no matter how single your ass is, and no matter how bitter you are on this day  especially me, you still love it when someone gives you flowers and chocolates right ? I ain't happy, I feel like a beauty queen  hahaha!
And speaking of being single, I truly am incredibly grateful to everyone who's setting me up for dates, I really am glad that you're concern about me but as of now, I don't want to have anything to do with a guy. I'm not looking for love, I want love to find me. JK! yeah but in all honesty, I know that this will prolly change and I'm not definitely closing my doors. Maybe I just need more "me-time".
﻿ 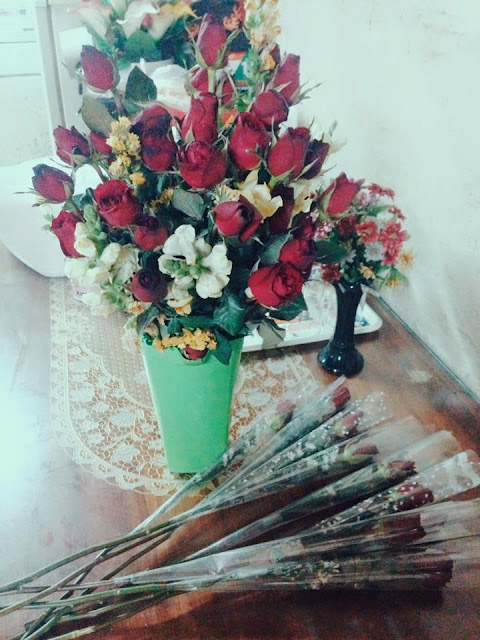 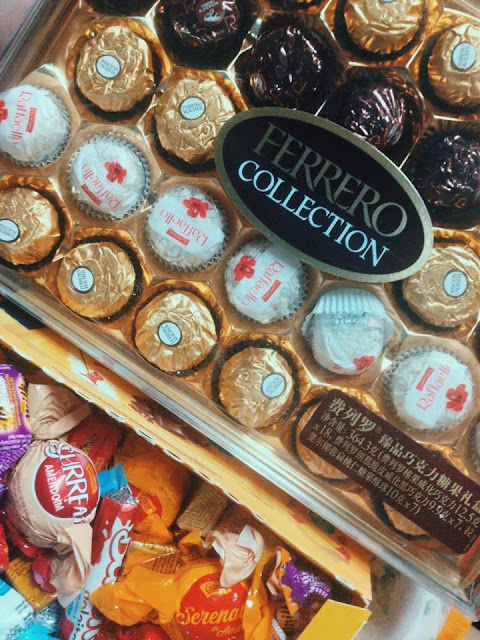 Gone Valentine's day, came the third week and I was supposed to draft that time but hell no. I ended up listening to Miley's new album. "Space Boots", "Twinkle Song", "Pablow the Blowfish", "Floyd Song" and "Karen Don't be Sad" are some of  my faves ♥ you guys should listen to it too ! ﻿ 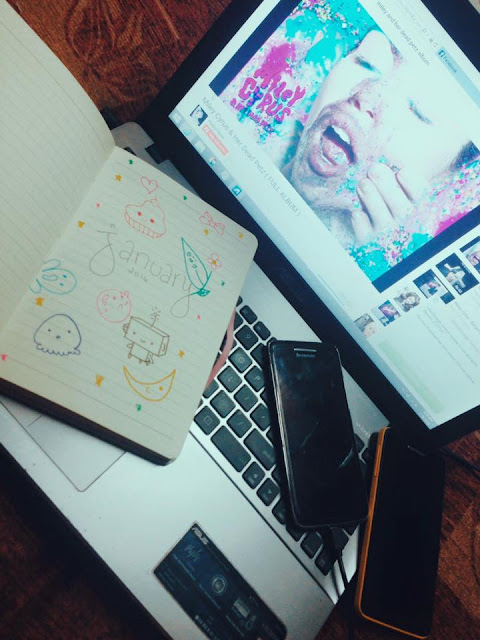 Met my good old friend Laida who's finally a mom :) ﻿ 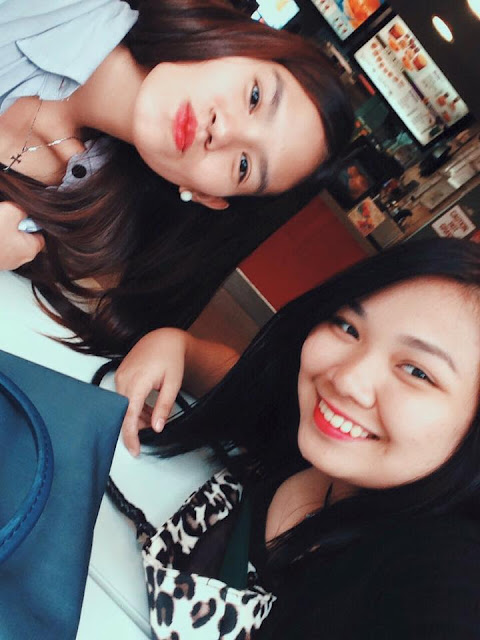 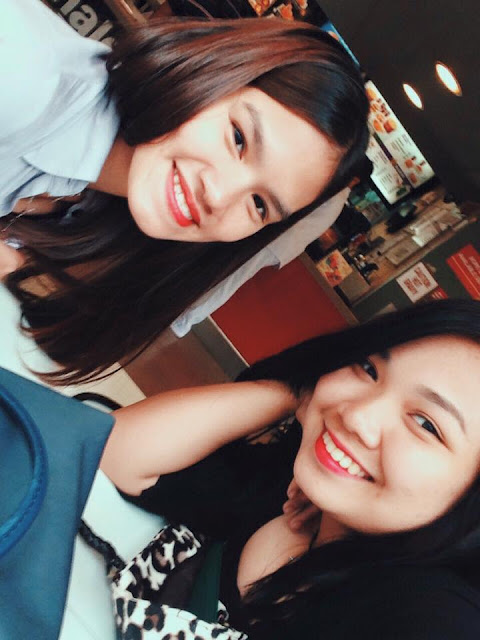 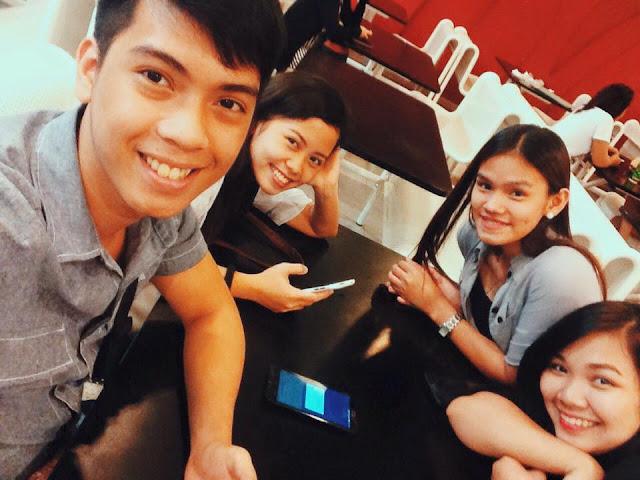 And I got to reunite with some of my fave peeps!
Movie Time !!!
So here we go again with my overly bias movie review kind of section hahaha !
look at me having all these free time to watch movies xD
Starting off with "Poltergeist", which is probably one of the horror movies that I really did watched and also had the least instances where I covered my eyes. #Proud!!! despite being scared of the clowns, I did put the movie poster here lol 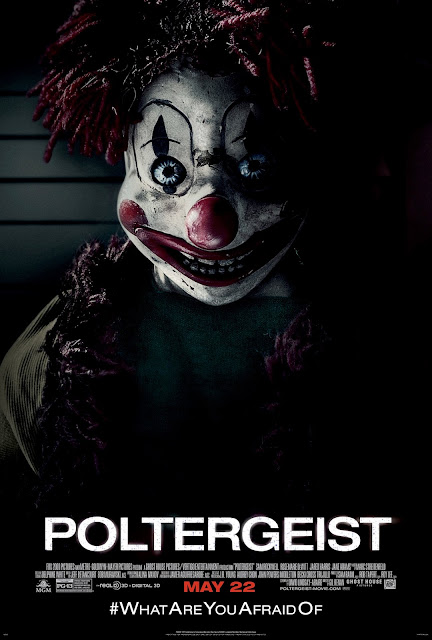 Been looking for this movie for such a long time! "The Corpse of Anna Fritz" is about the death of a sought after actress who came back to life after being raped at the morgue. Quite interesting right ? Most of the time, I was on the verge of my seat coz' I was damn clueless on what's gonna happen next. 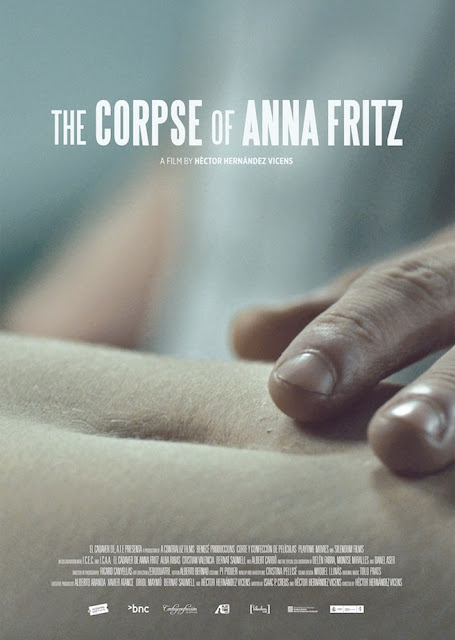 First a horror movie, the second is a psychological thriller and now a drama, wow! What am I doing with mi life ? am I having mood swings while picking these out ?
"The One I Wrote For You" is about a guy who lacks confident in chasing his dreams. It also talks about being what you really want to be and not forgetting where you came from, and the people behind your success. I'm deeply moved by this movie ;___; especially because it's generally about chasing your dream. 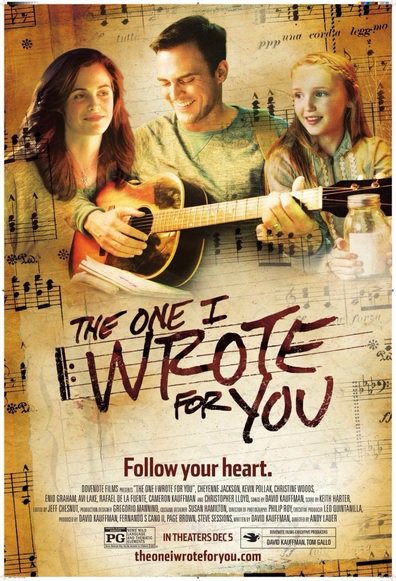 This movie is a complete nostalgia ! We did a book review of this back in my second year high school and guess what ? I have never really read the book xD //sorry Mrs. Pineda// you know how high school life is right ? Being carefree and barely passing my subjects, I was a lazy student back then. Anyways, when I found out that this was made into a movie, I know I have to watch it. :)
I now regret not having to read such an amazing book before.﻿ 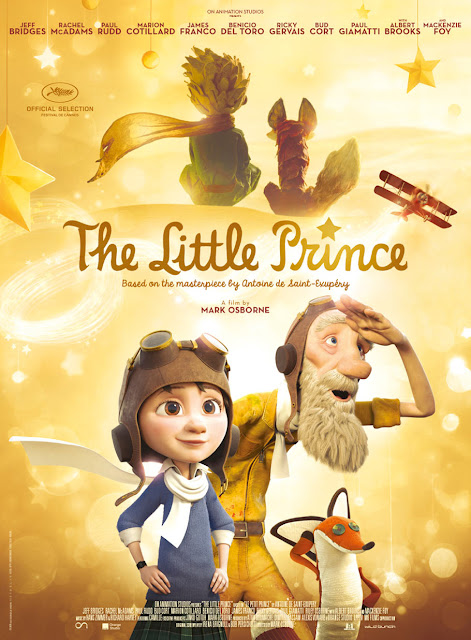 OSCAR MOVIE TIME !
I started watching Oscar nominated movies this February ! half way I realized how Oscar junkie I became xD
My interest in Oscars sparked in the movie "The Danish Girl" starring Eddie Redmayne and "Alicia Vikander". This movie is about a couple named Gerda Wegener and Einar Wegener. Gerda made Einar her model for her painting and when it got popular, he started changing his appearance and named himself Lili. It also showed the groundbreaking journey of Lili's transition from a man to woman. I was astonished by how well Eddie played his role. Lili is such an amazing, beautiful and elegant woman. I'm gonna have to give props to my new found ideal man, Eddie Redmayne for doing such an incredible job. He did a lot of preparations before they started shooting. He did his own research, learned more and visited an LGBT community and observed the way they move. I love it when an actor dedicates and invests himself for a role. For a straight guy, he did an excellent job portraying Lili's character. :) he literally went all out!! I've watched it probably around 7 times already and I still can't get enough. When I found out that he is nominated for Best Actor at the Oscars, I rooted for him ! I wanted him to win so baaaad ! Despite winning 2015's Oscars in the same category for the movie "The Theory of Everything". which I need to watch right now. ;___; well too bad, it's Leo's time to shine. Also, congrats to Alicia for winning Best Supporting Actress! 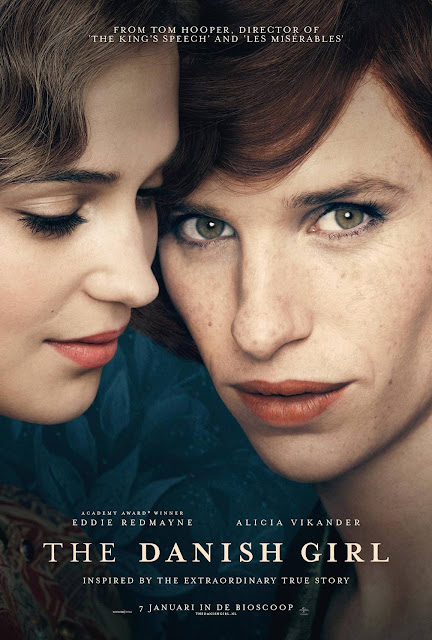 Brie Larson took home the Best Actress for "Room". and we shouldn't be asking why because of her outstanding performance! The room is such an amazing movie ;___; it's about a woman and her child who lived their whole life in a small room after being kidnapped and raped. I bawled my eyes out after watching this film. I'm like "magnifico, magnifico" *grabs a tissue* 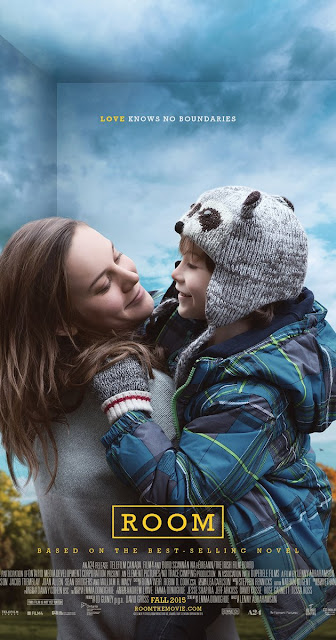 Since I was a little upset that my bet, Eddie didn't win the Best Actor, I tried to convince myself that Leo probably did a better job. So I forced myself to watch "The Revenant", and I was right. (but I'm still here for you Eddie ;____;) Sure he did an incredible job. But did he really deserves to win the Oscar this year? that's what I thought. He had been in a lot of movies and deserves an Oscar for it but they didn't give it to him, In my personal opinion, I think 50% of the reason why he won is because of the hardships he had to go through to shoot the film. It was revealed that he ate raw bison liver, slept in animal carcasses and got flu a couple of times during the filming., plus shooting in snowy mountains is difficult to start with! Somehow, in the back of my mind,  I know he do deserves an Oscar for that !! Congrats Leo ~ 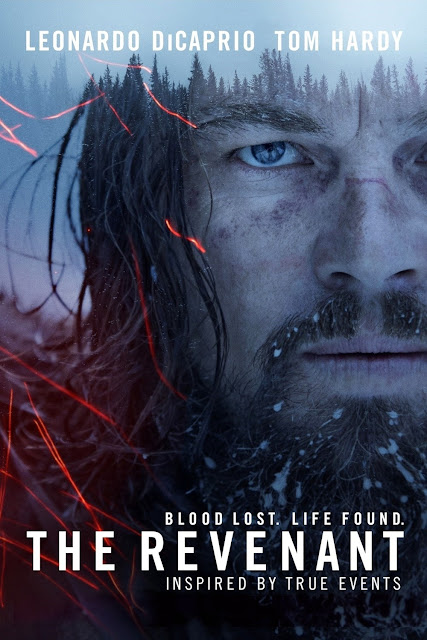