July had been nothing but incredible. I got to hang out with my friends a lot. I also started fixing important papers for future use #excited. Even though things around the house hasn't been well, I've been making sure that it won't affect me. It's not something to feel bad anyway. :)

Unlike my dramatic entry last month, this one will be full of hang outs and movie/anime reviews since I have all the time in world now. TTuTT

So my friend, Ynah invited us to meet her at her workplace. 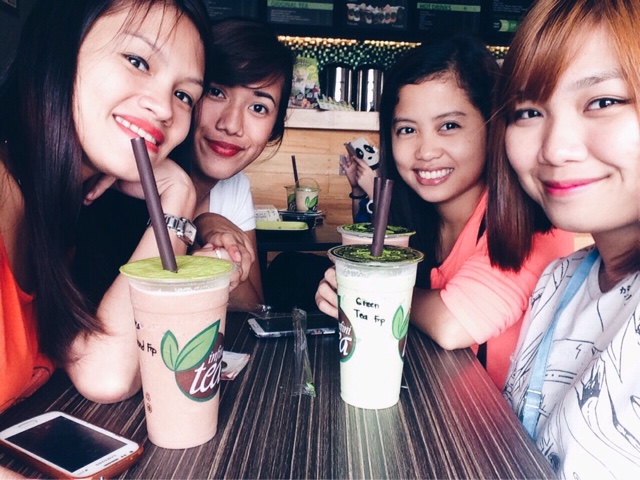 Girlfriends!! *insert Armin* TTuTT we also discovered a newly opened cats cafe at Bluebay Walk. I would've taken a quick shot of the place if it didn't rain. Might as well mention the struggles of going home while raining. The typhoon that time was so maddd ! And there's me, the lazy friend who doesn't always bring umbrella. Talk about soaking wet hahaha ! It was fun though so no biggy!

Laida and Bebi went to my house and woke me up alluring me with only free donuts just so I can join them to the mall. I was seriously having a very good sleep but since I'm a fool for food and donut is my fave TTuTT I got up and headed out with them.

We dropped by Armin's workplace just to see how she's doing. Hardworking as ever.

When you have friends who work their asses off, you get to eat delicious foods for free xD Armin who's absent on our "gala" last time, asked us to join her during her break and didn't thought she would go out of her way and generously treat us dinner. She wasn't even able to eat with us because the food took so long it ate her whole break time. 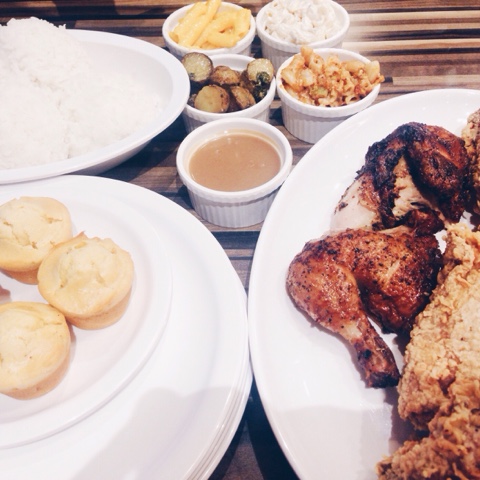 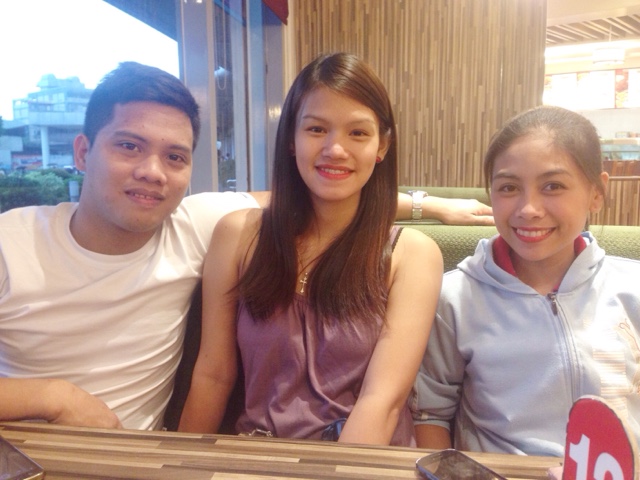 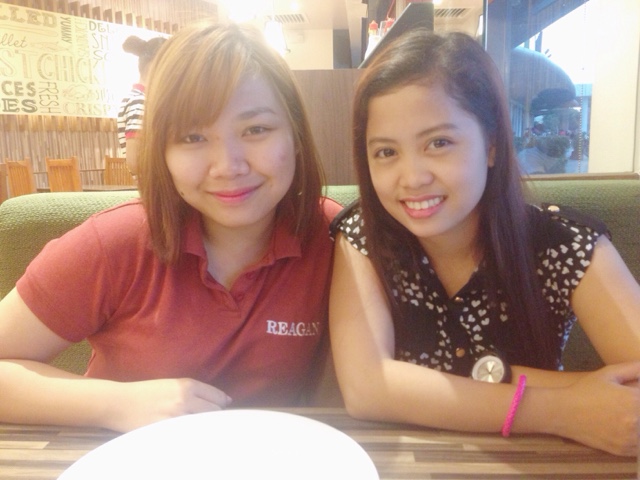 Me with my morning face and pambahay clothes together with Bebi. Maybe waking me up wasn't a bad idea at all hahaha ! Especially when you get to see your friends and uhmmm free food.

Now onto my otaku/kpop/fangirl section:

Starting off with one of famous kdrama here in my country, "Pinocchio". 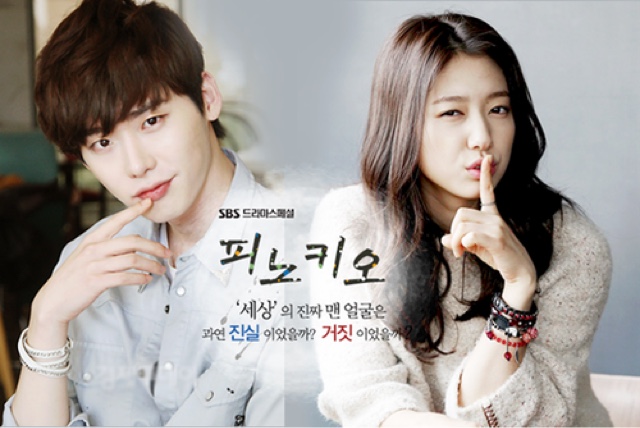 I've been eyeing Lee Jong Suk for quite some time because of his too good for a guy kind of lips hihihi ! and this is actually my first time watching his drama and I'm totally in love ~ with the drama I mean. Forgive me for giving bias review (-A-) onto the story, I like how the drama and the romance is balanced. It made me cry, smile, mad at some point,  My oppa ehem Jongsuk pulled off his role, and of course Park Shin Hye too who I think saved a whole country in her past life to deserve all of this leading lady roles with the handsome actors in Korea. How unfair! Anyway, good job. I wish everyone has a pinocchio syndrome so lying wouldn't even be an option and people would just tell the truth. :3

After months of waiting. I was finally able to watch "Ao Haru Ride" live action. I've read negative comments about it especially about the guy who played Kou, stating that he looks too old for the role. Well he might not be the "notice me senpai" kind of guy but I think he suits the role so well even though personally, the movie was a little disappointing. But here ya go hahaha ! 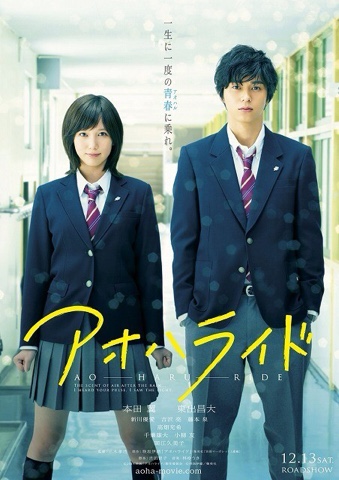 "Close Range Love" is the second japanese movie I've seen. Actually, watching it was purely unintentional. I was listening to Kamisama Hajimemashita's opening song on YouTube and I clicked Autoplay for continuous video plays. The song is very soft and relaxing so I fell asleep. Upon waking up, I realized that the songs had stopped and heard someone talking. I looked at my laptop screen and learned that a movie was playing, thus the title "Close Range Love". I continued watching it at night.

It was worth it ! Sensei is cool and the story revolves around an emotionless girl who fell in love with her English teacher. 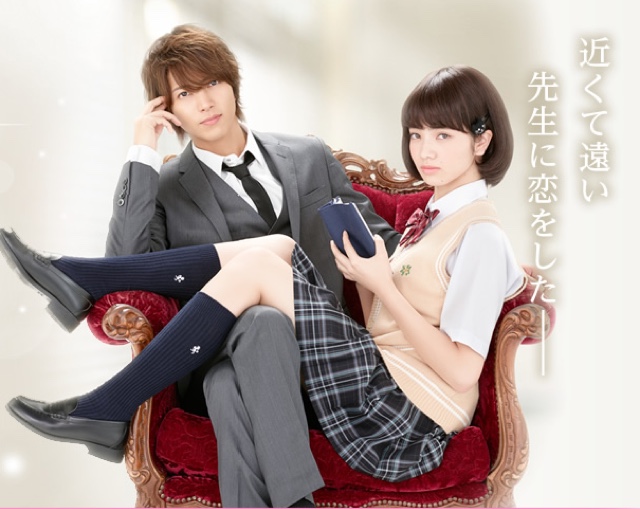 Anime time !!
"Kamisama Hajimemashita" why did I put you on hold for so long ? TTuTT such an amazing anime!! Bravo bravo!! I'm thinking of reading the manga too since the anime is a little short for me. Tomoe is everything!! Ugh. Lucky Nanami ! Being a land God out of the blue and also having a butler who loves her. Kyaaaaa ~ 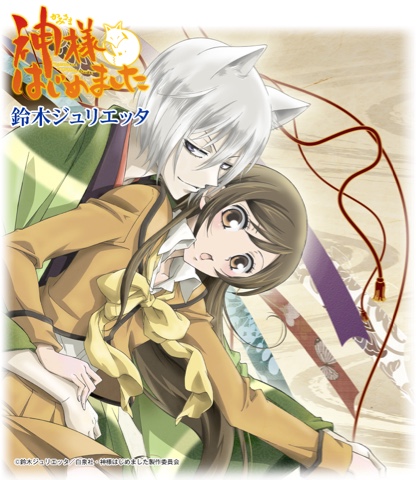 Second and last anime for the month!
"Gekkan Shoujo Nozaki-kun" I was expecting a little more romance since I lack of it, I mean the comments were so positive but it was a so-so for me. -__- 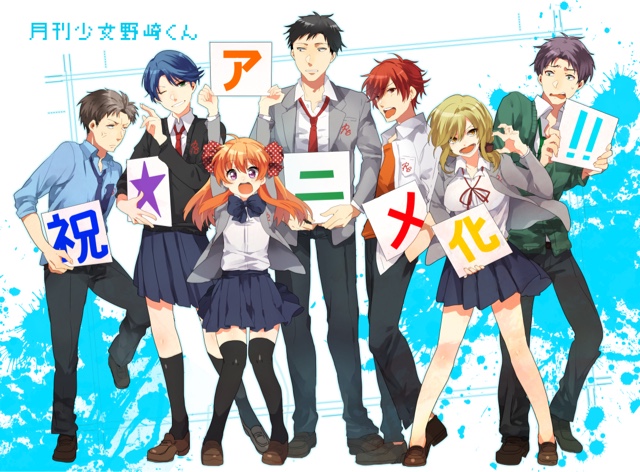 That's all for the month of July!! I hope you enjoyed my obviously bias movie/anime reviews kekeke ~ ! 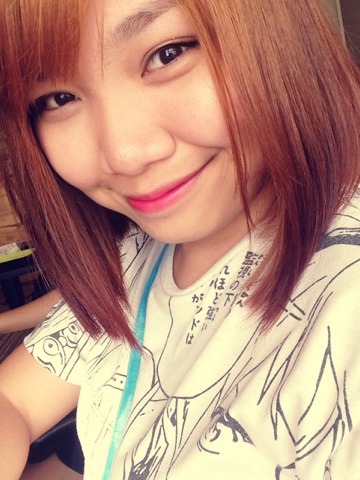 That's all for now minna-san. Stay safe everyone and have a nice day !