So for those who are asking I'm 000000000.02 chinese.
Nananalaytay po sa aking dugo ang pagiging intsik.
kidding aside, you actually don't have to be chinese to celebrate it.
We as filipinos got used to it with the large number of the chinese population, it's no wonder how we became accustomed to just everything related to them.

My man and I attended the CNY last year. We promised to make it a tradition every year. On the actual CNYE, we thought we would not make it and break our promise since we both have commitments that day.

It was around 10pm when we arrived at the Lucky Chinatown Mall. We usually get there much earlier but since we had our commitments, we arrived later than expected.

It was already jam packed !!! The crowd was wild !!
Tim Yap was hosting the program alongside with this pretty woman whose name I forgot (opps sorry :( ) 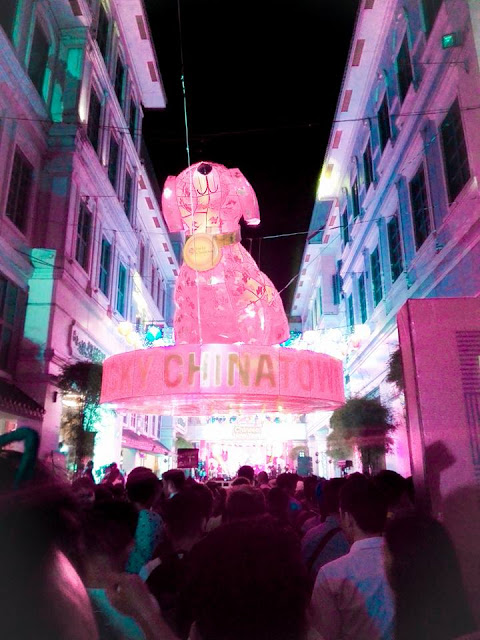 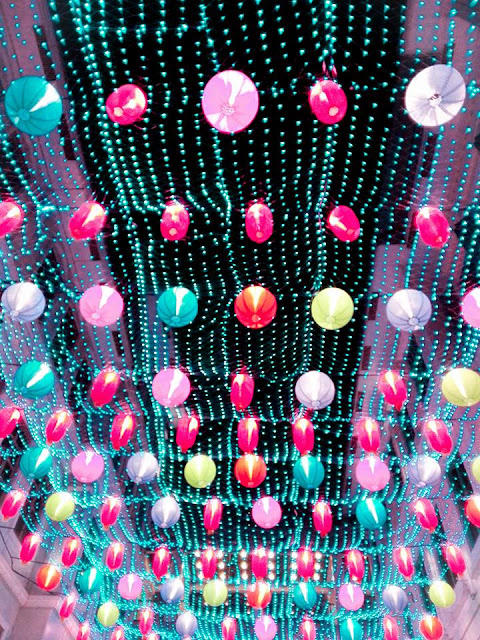 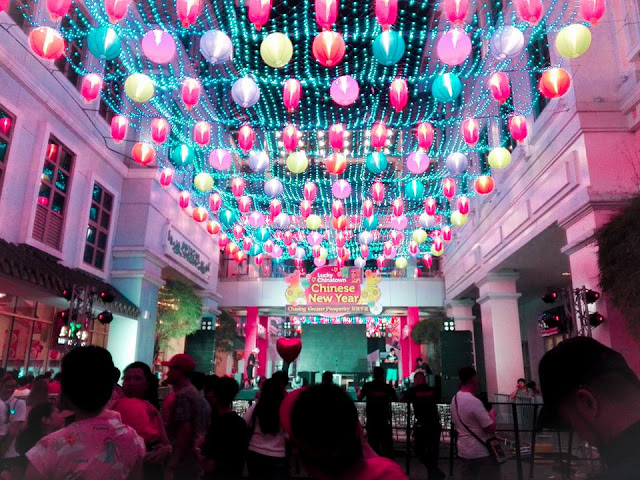 We weren't able to pass through the crowd to buy some food so we just stayed where we got stuck. I was clearly having some difficulties with breathing coz of the amount of people there. It even got crazier when Bamboo performed!!
I got to see him live !! That's why people were so insane!! I enjoyed his performance despite my breathing difficulties hahahahaha! Coz really u can't say no to Bamboo. After the mini concert and the countless times I've bumped into random strangers, we finally managed to get ourselves to the food stalls !!!! My fave part !! 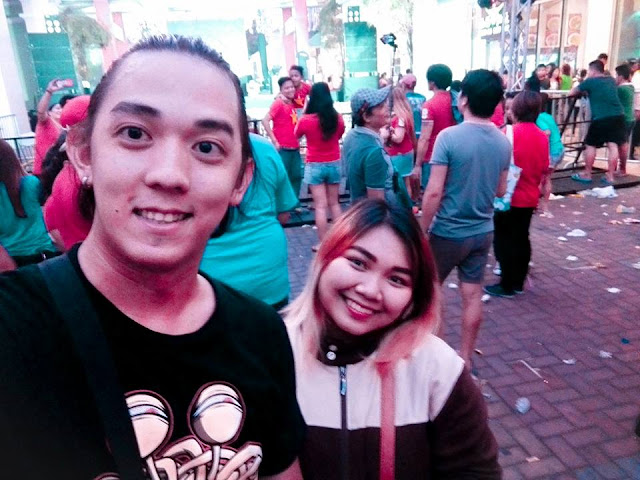 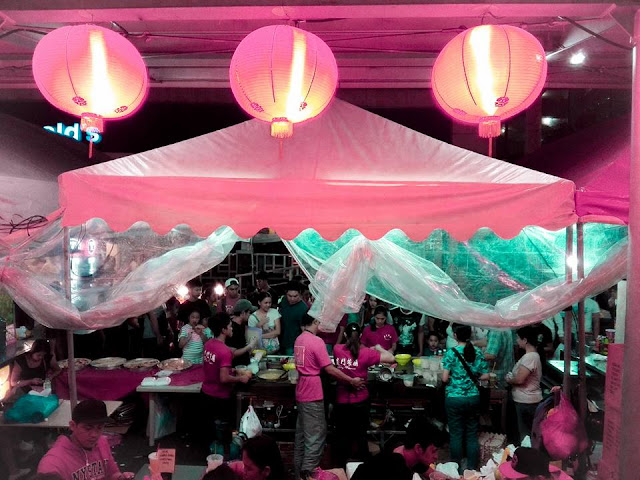 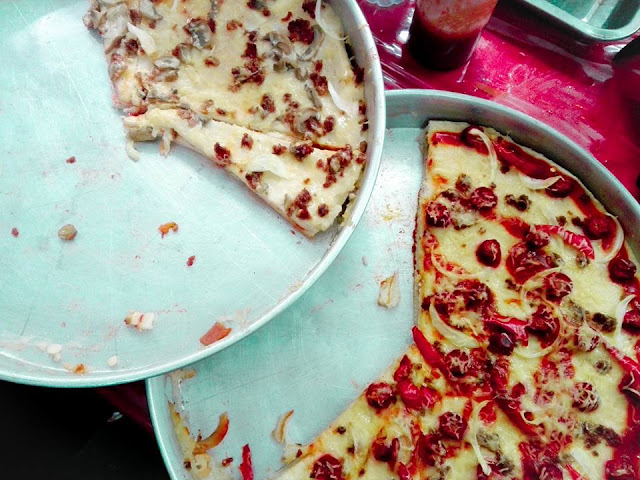 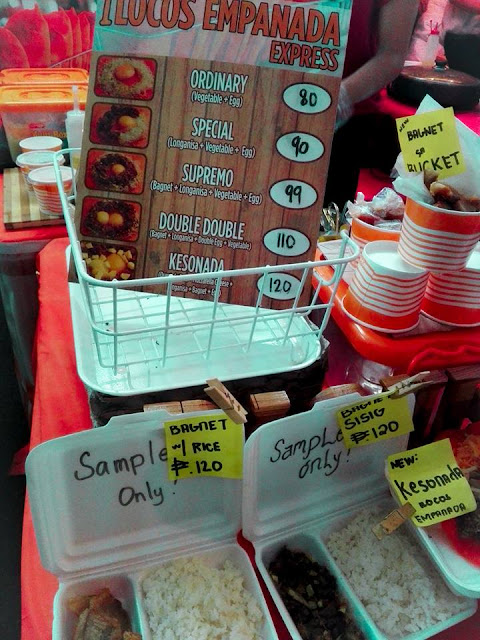 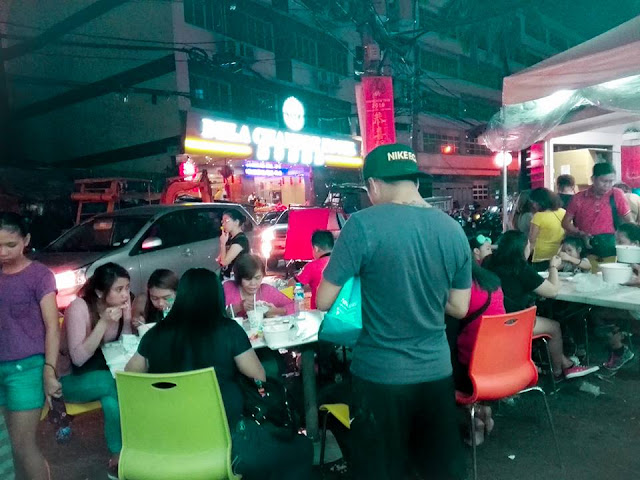 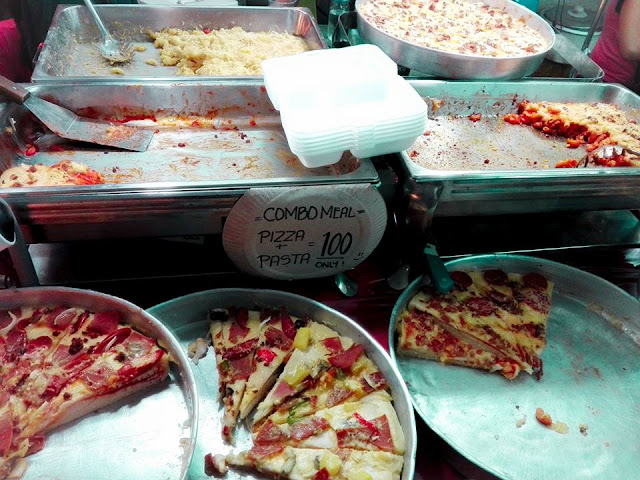 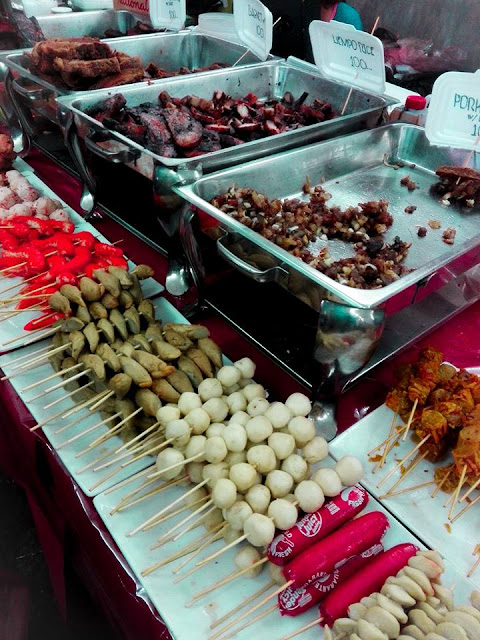 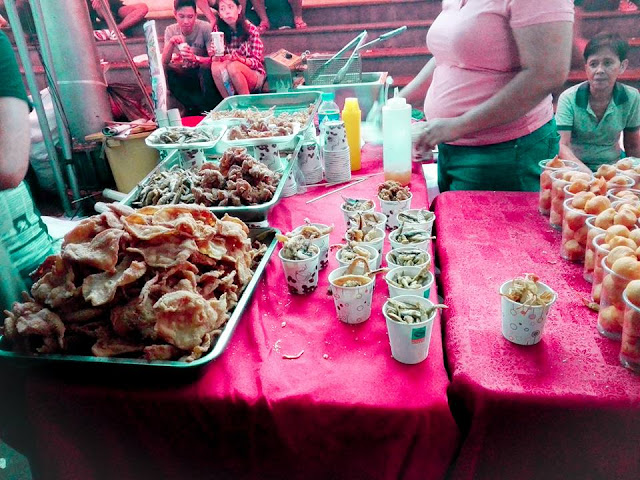 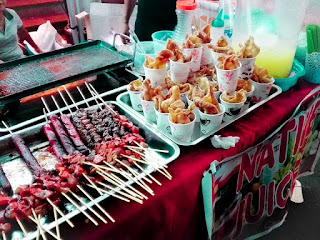 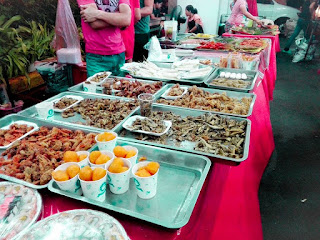 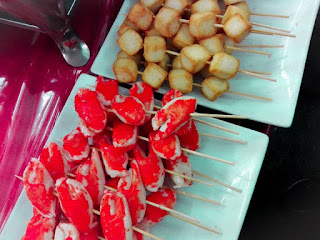 We decided to buy pasta and pizza. 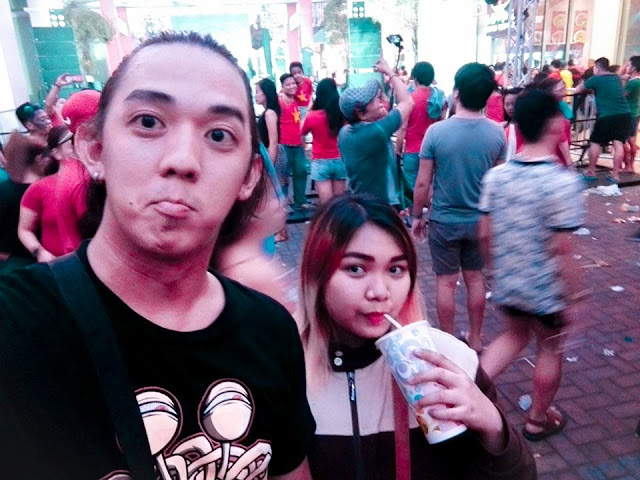 and roamed around more. This is actually the reason why we love coming here. Food is everywhere and you get to try lots of varieties. 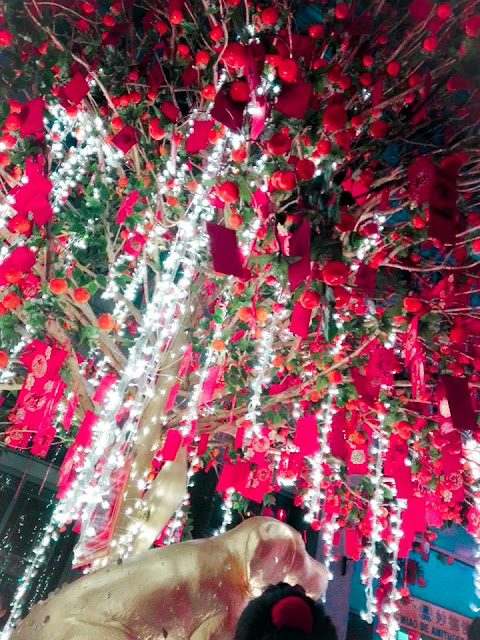 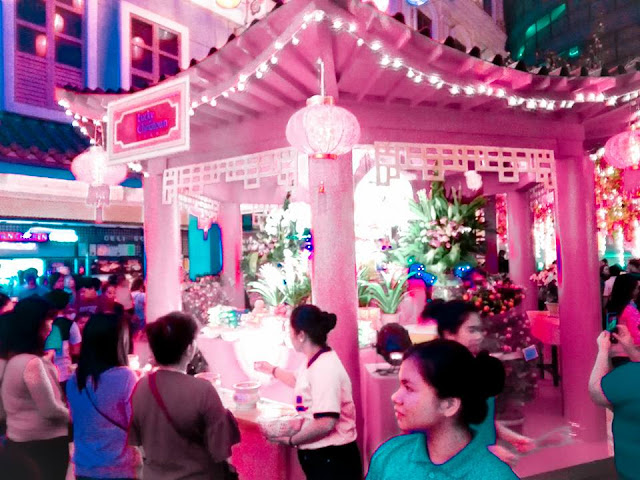 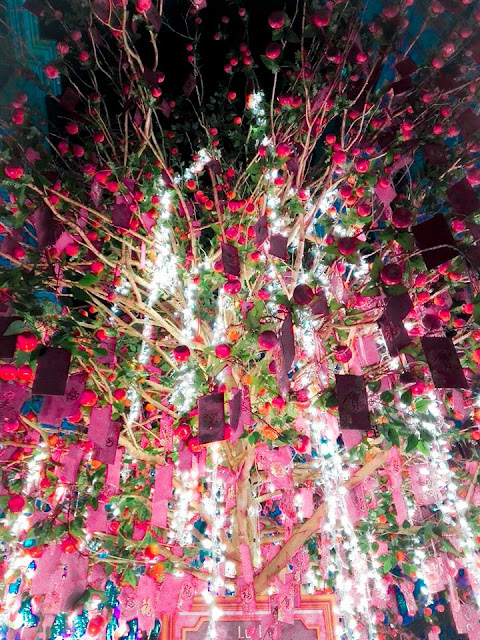 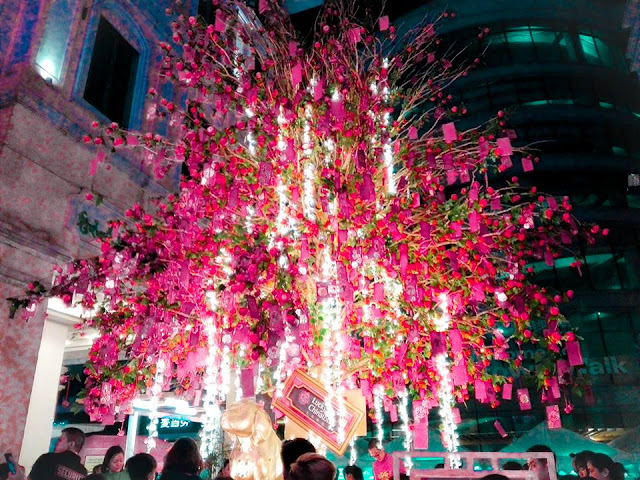 We became too occupied with food that we forgot to get to the main entrance to witness the countdown and to get the perfect view to watch fireworks :(

This was the view from where I stood. People were everywhere I couldn't make it to the front. 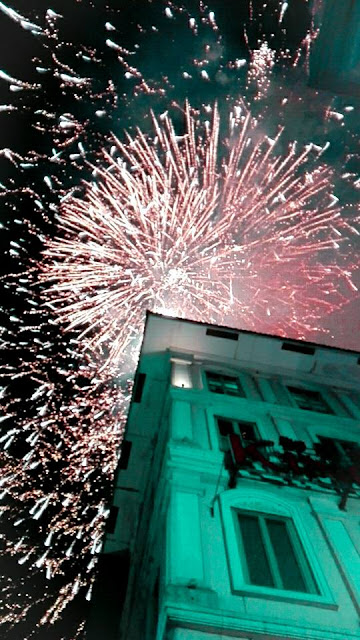 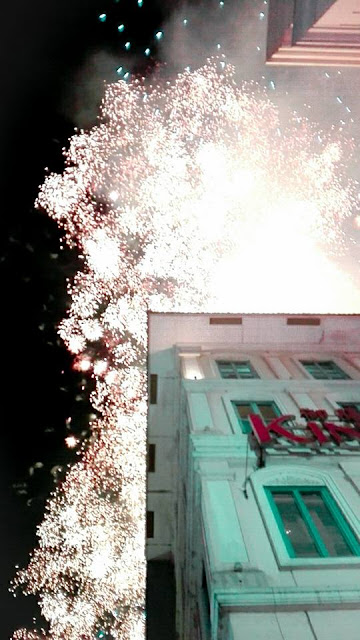 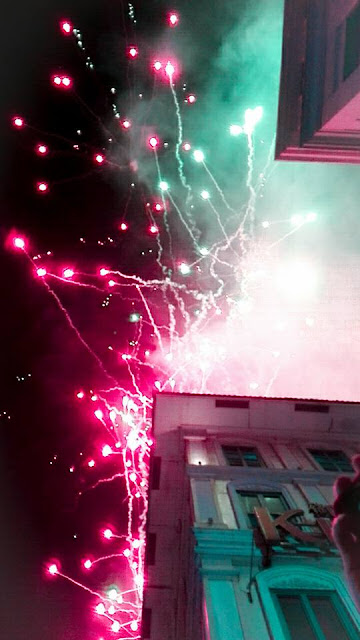 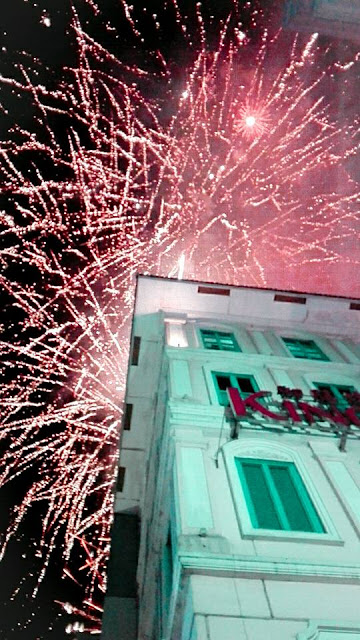 fyi fireworks actually scare me but I can't help but admire their beauty.