Just a short recap of the places that I've been !

My best friend Bill invited me to watch their band's performance as they will be participating in a contest, the Rocktember. It was an event where bands from universities and colleges will be given a chance to showcase their talents. 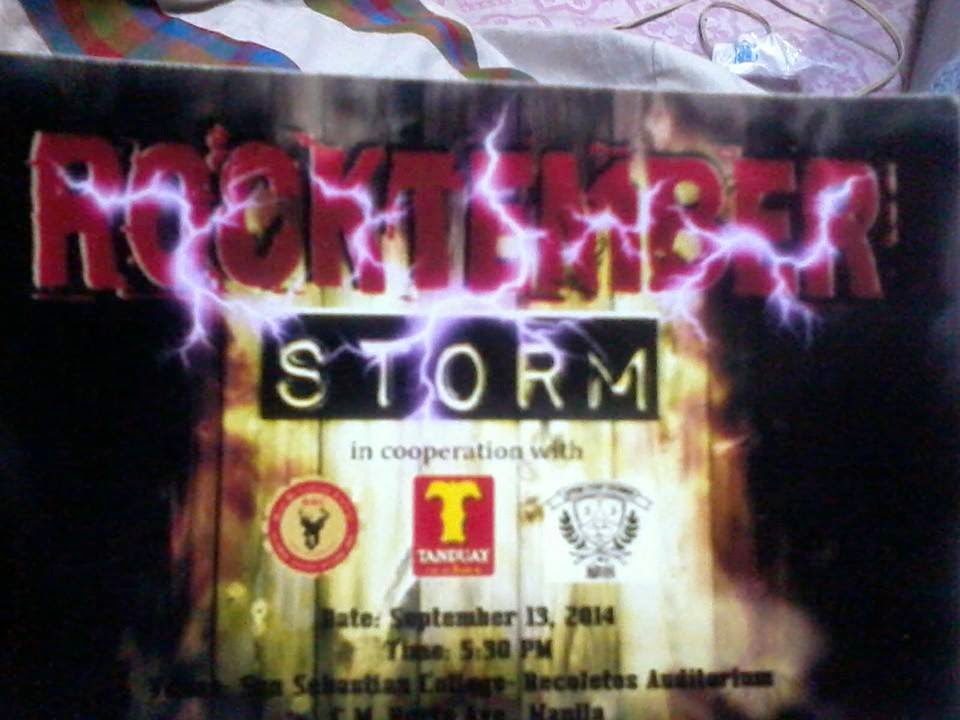 The event was held at San Sebastian College's Auditorium.

Since my best friend will be busy on the day of the contest, Kath, his girlfriend and her friends accompanied me instead. I've known Kath for quite some time, but I'm that awkward friend who gets shy around new people, so I didn't talk a lot to her friends. Sorry if I came off as "maarte" or snob, I just don't know what to say, I'm just too shy to talk with you guys TTuTT

Anyway, reached the venue and I'm very impressed with the school's premises, because I'm from a public school, I have no idea what a private one actually looks like hahahaha ! Their auditorium looks like a freaking cinema xD 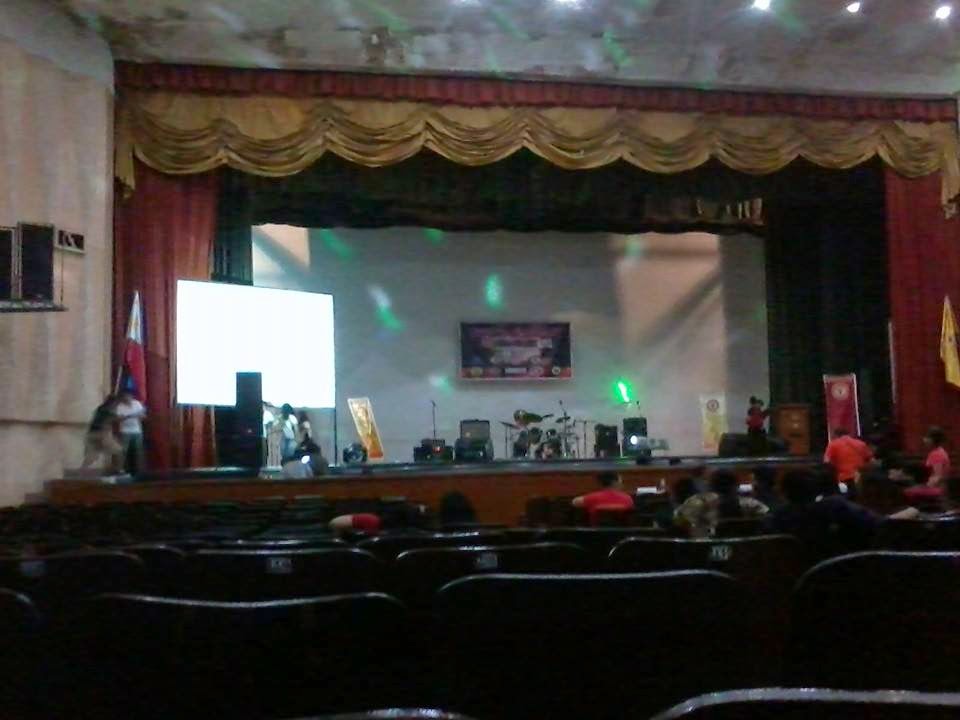 and the contest finally begun ! 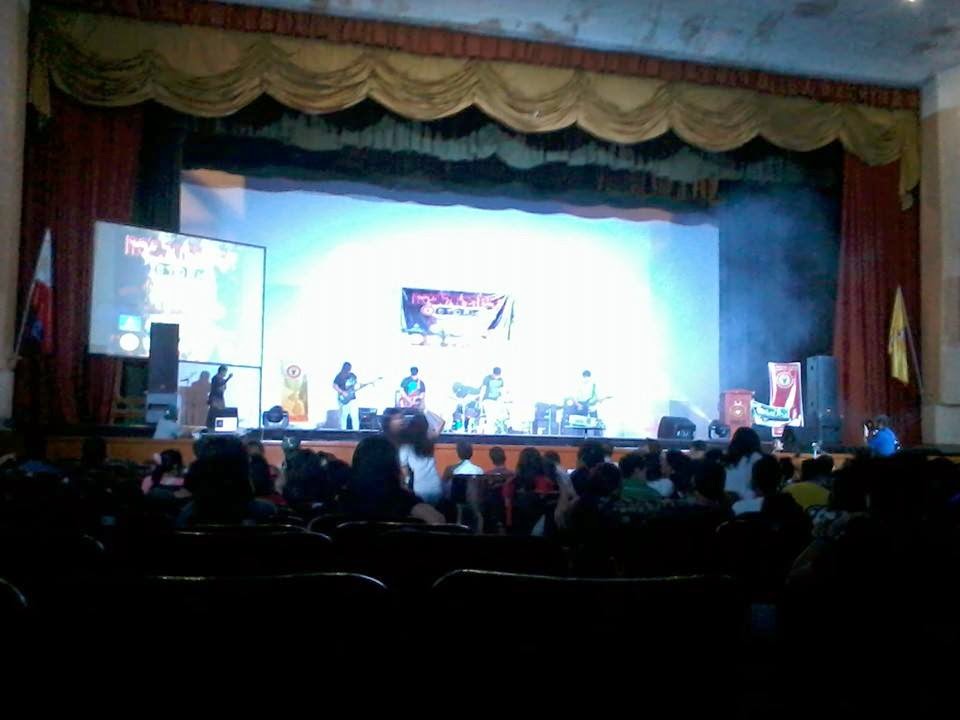 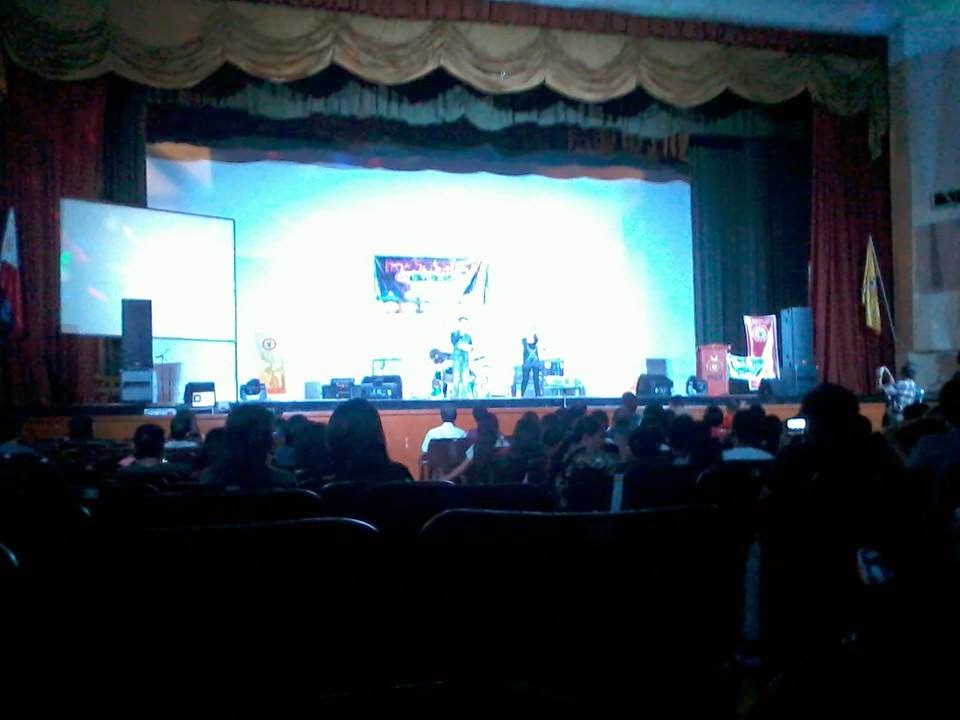 I wasn't able to take a picture of my best friend while they were performing because I got hooked by their performance! They sang their rendition of Price Tag and my best friend's own song composition ! I feel so effin' proud ! :) I talked and congratulated him before going home because I couldn't stay until the end of the show. It's getting quite late too.

Anyway, I had fun ! I feel so pumped whenever I see someone playing guitar or drums ! It's always a good sight , making me remember my old band T^T Music has always been my happy pill, maybe that's why I easily fall for someone who knows how to play an instrument. lol say whuttt ?

Last week was my cousin's birthday :) He went back here in Manila just so he could celebrate it with his family and I was lucky enough to get dragged with his celebration ! 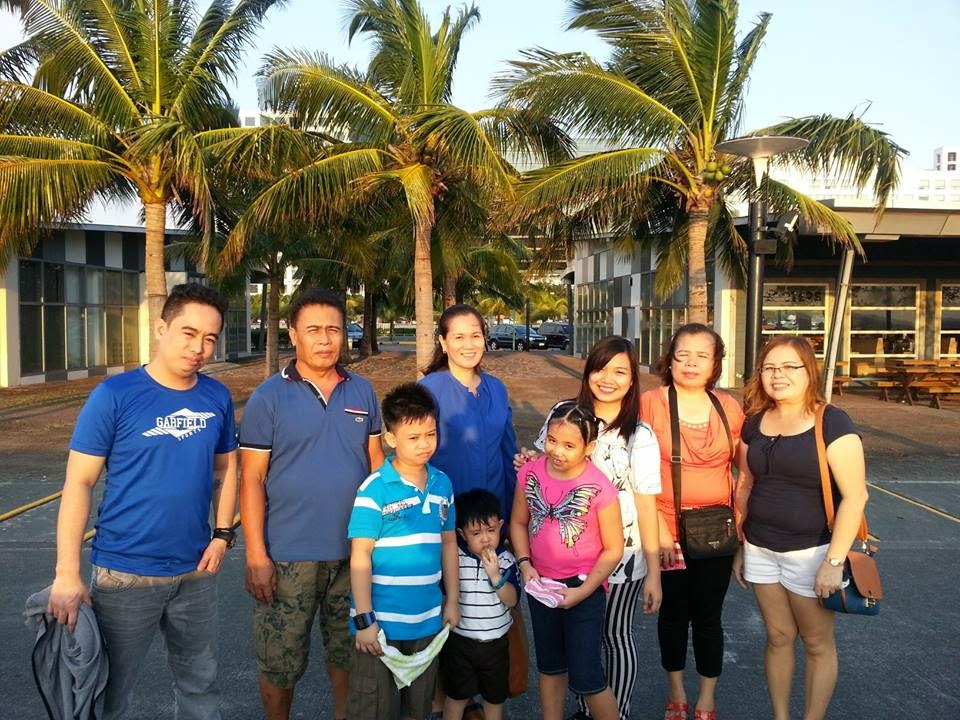 Notice that most of them were wearing blue ? It's actually unplanned !

Was able to see another beautiful sunset ahh~ 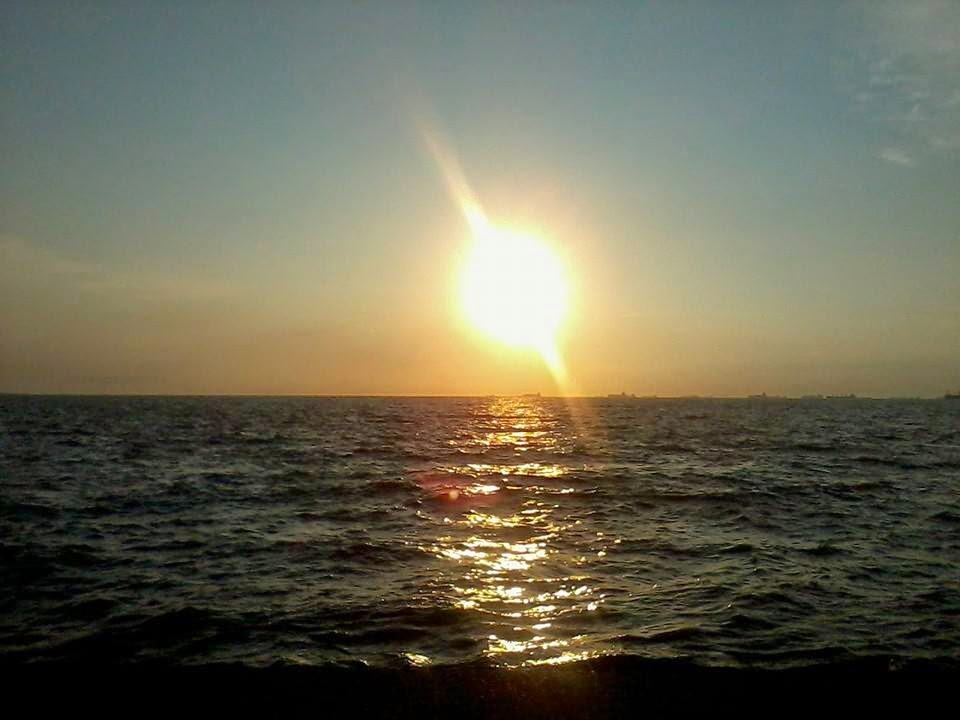 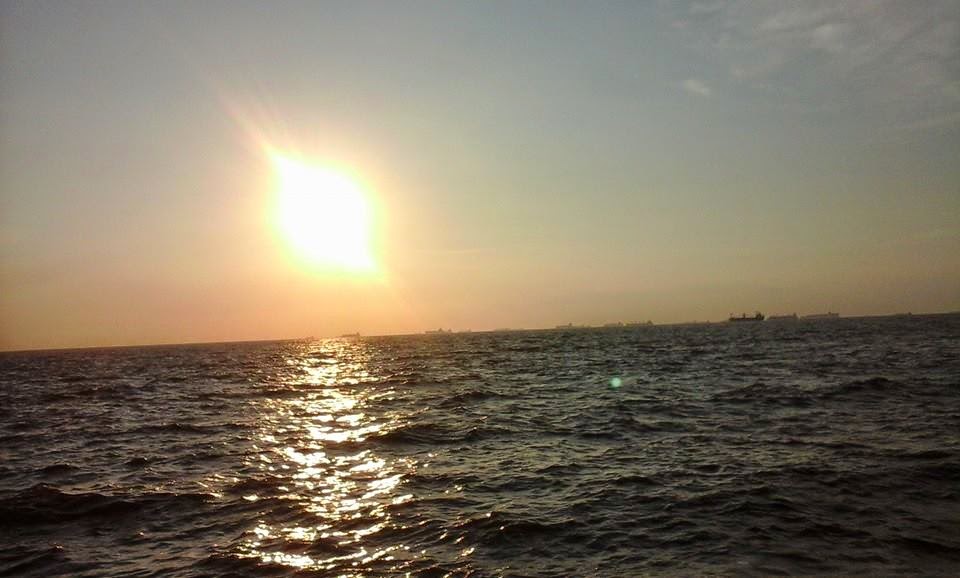 Went inside and had a family picture while they're preparing the room. 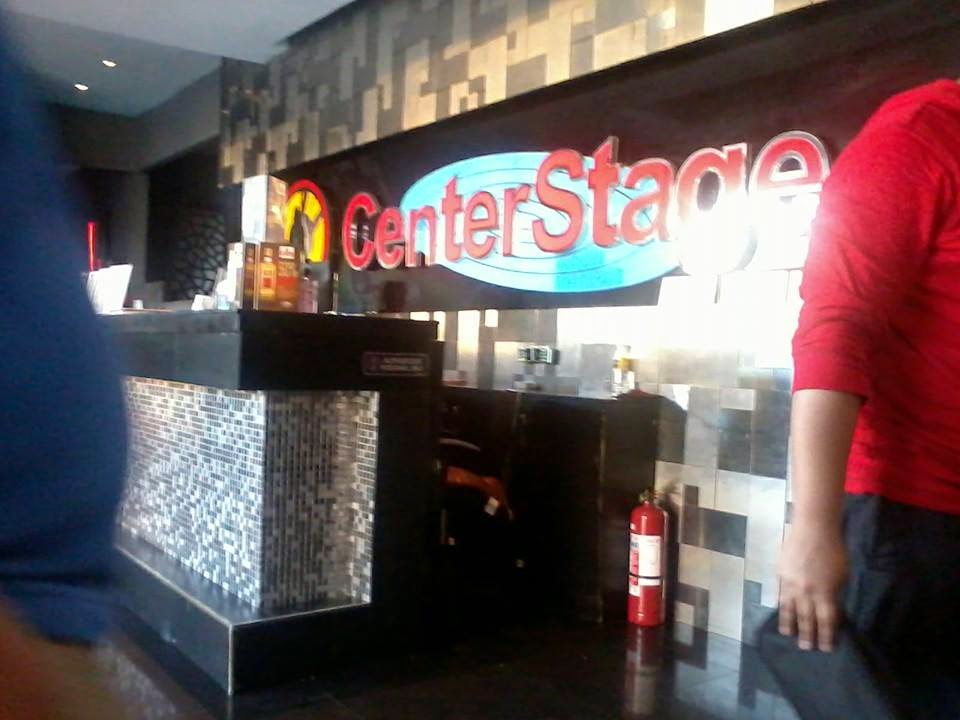 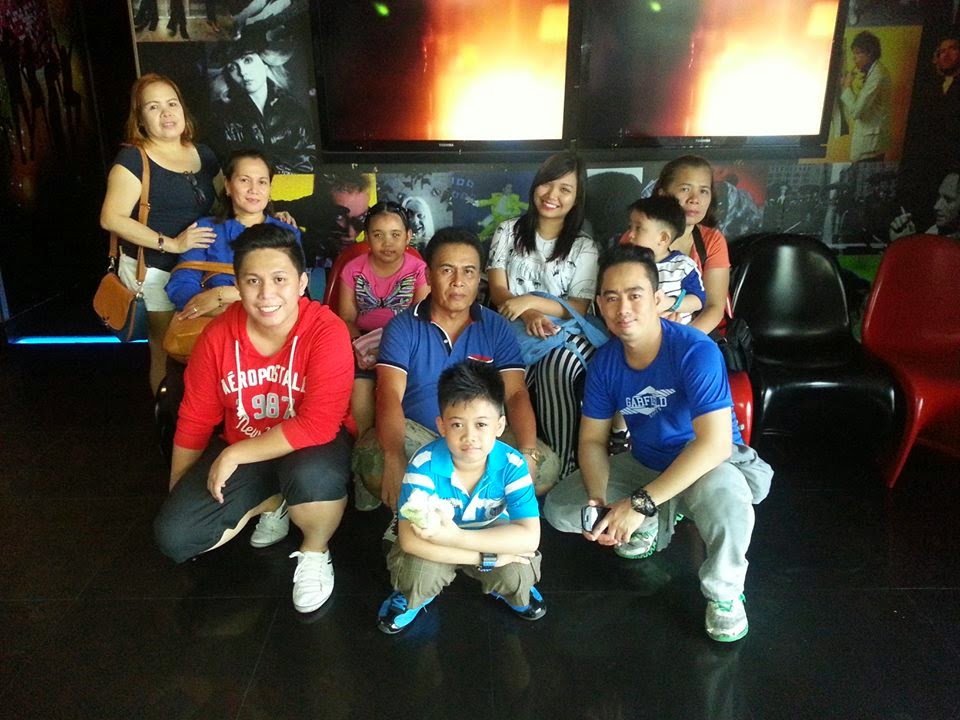 The celebration has now begun... 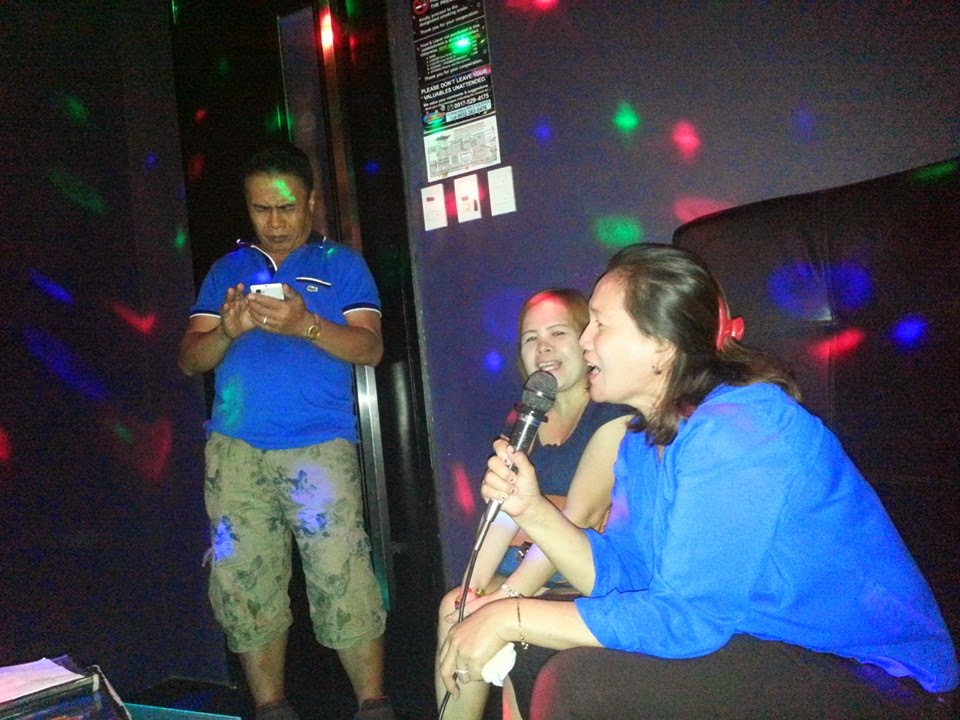 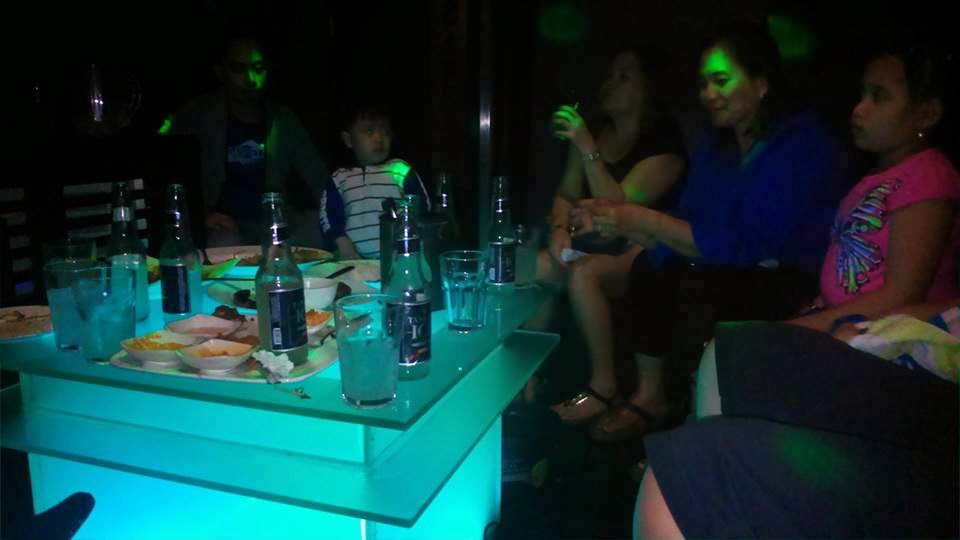 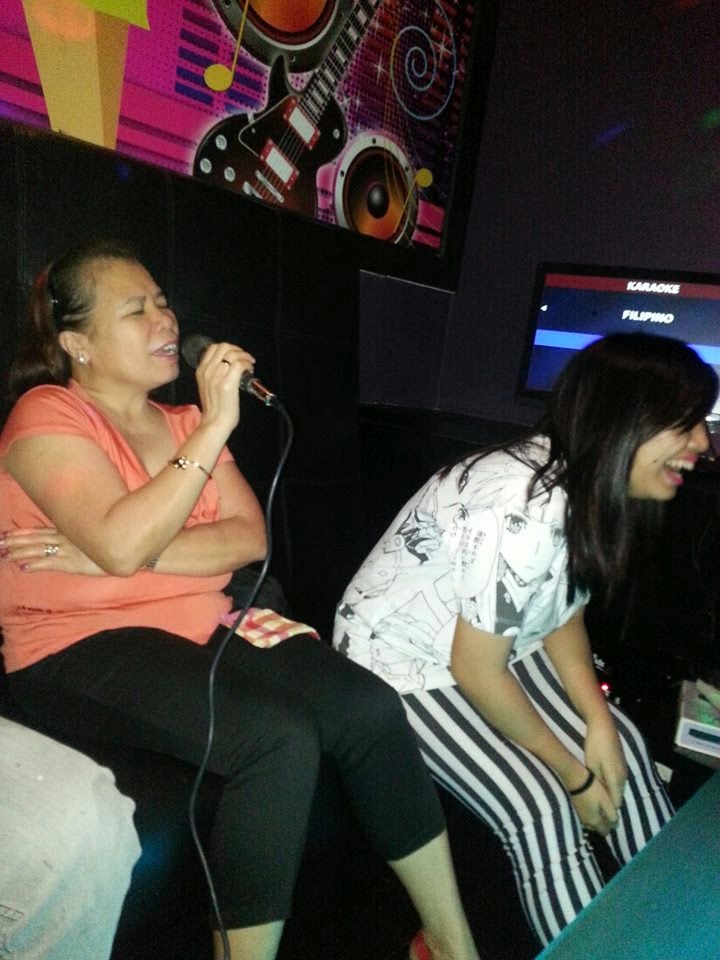 Yep, that very lol'ed girl was me. 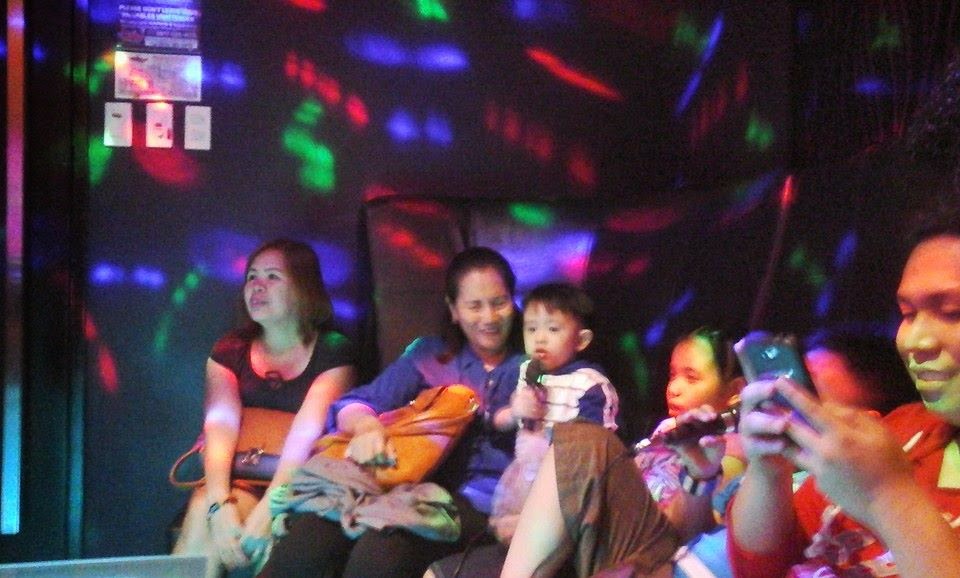 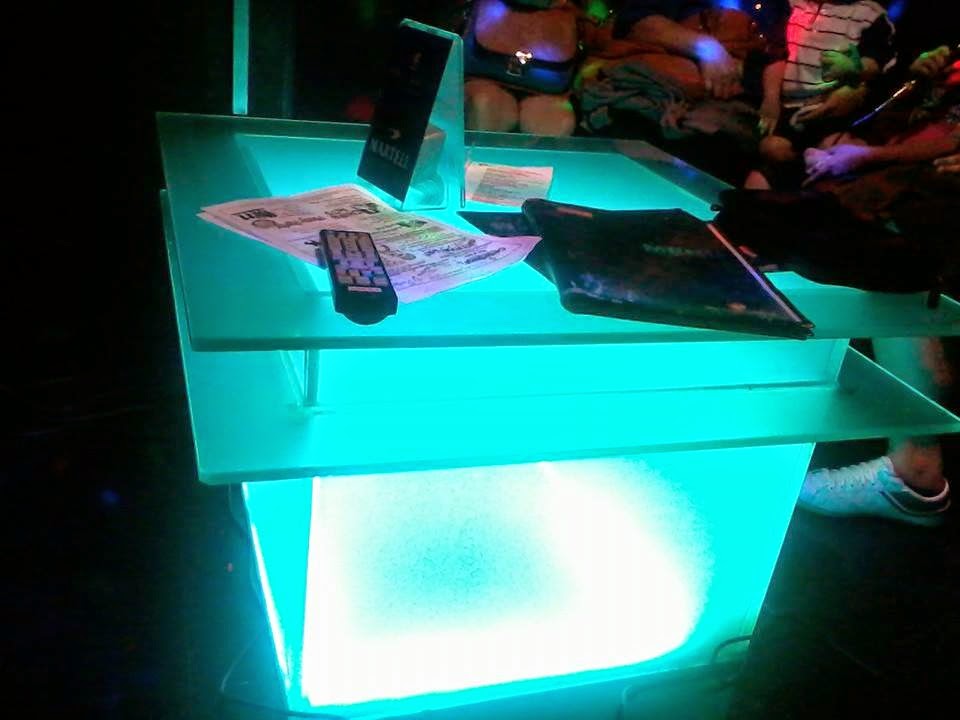 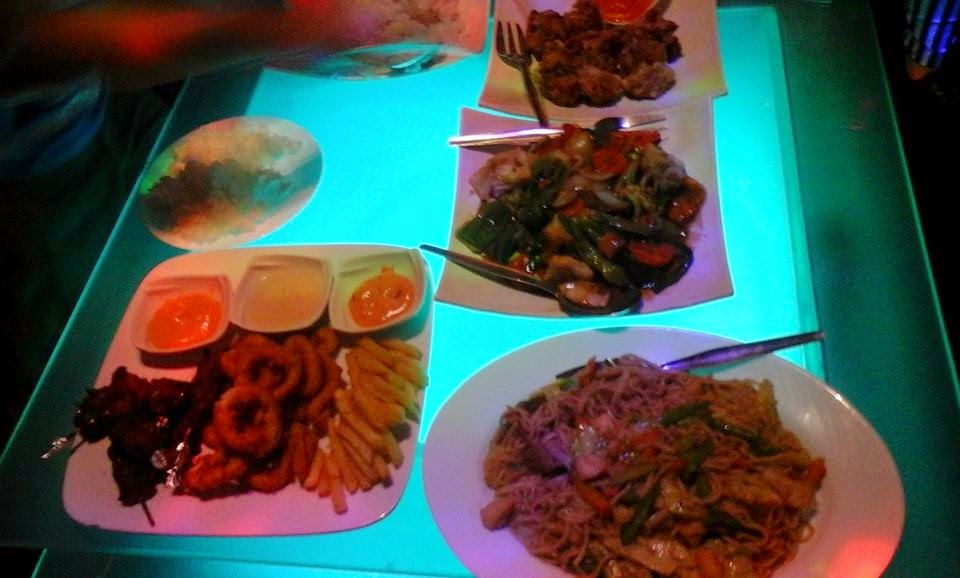 We sang for like three hours long ! And can I say that the food there is heaven !? TuT I wuvvv it!
It's quite expensive tho.

After the singing session, we walked a little by the sea side and of course took pictures ! 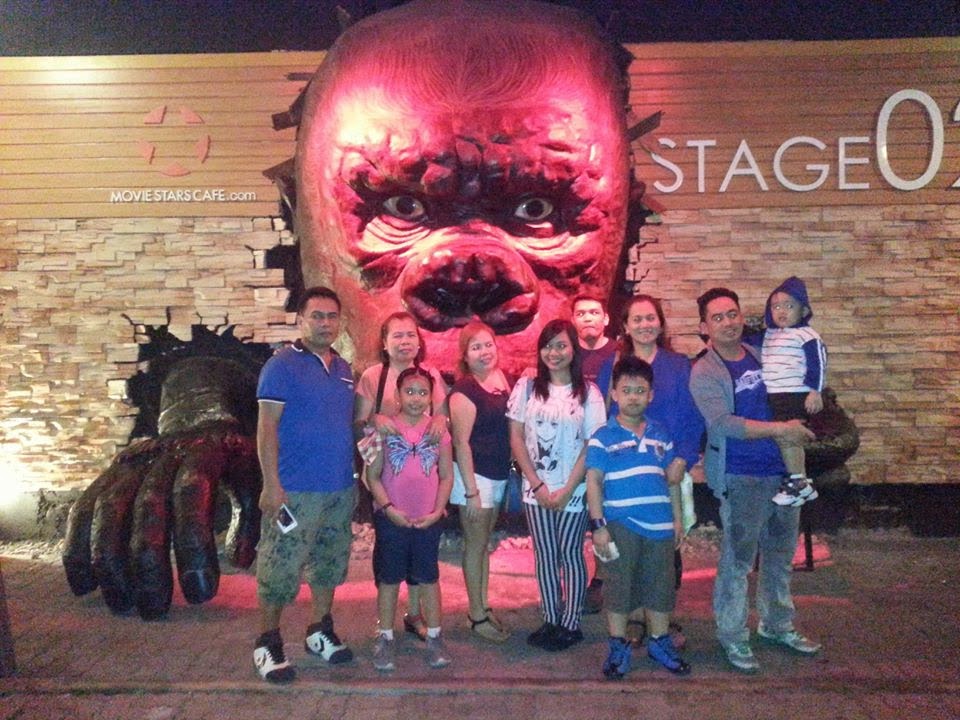 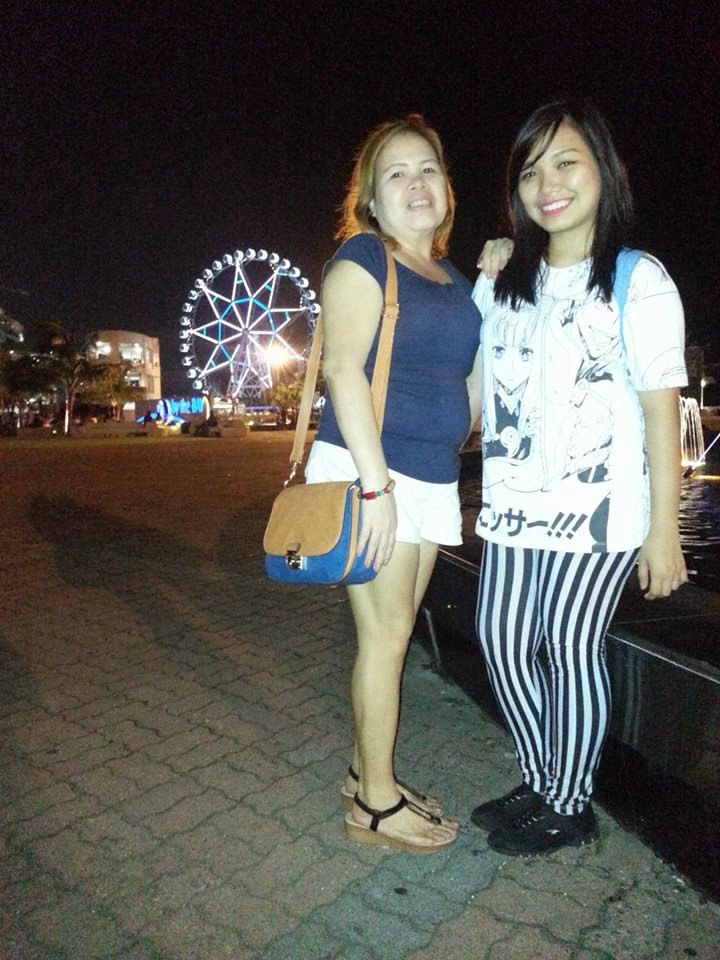 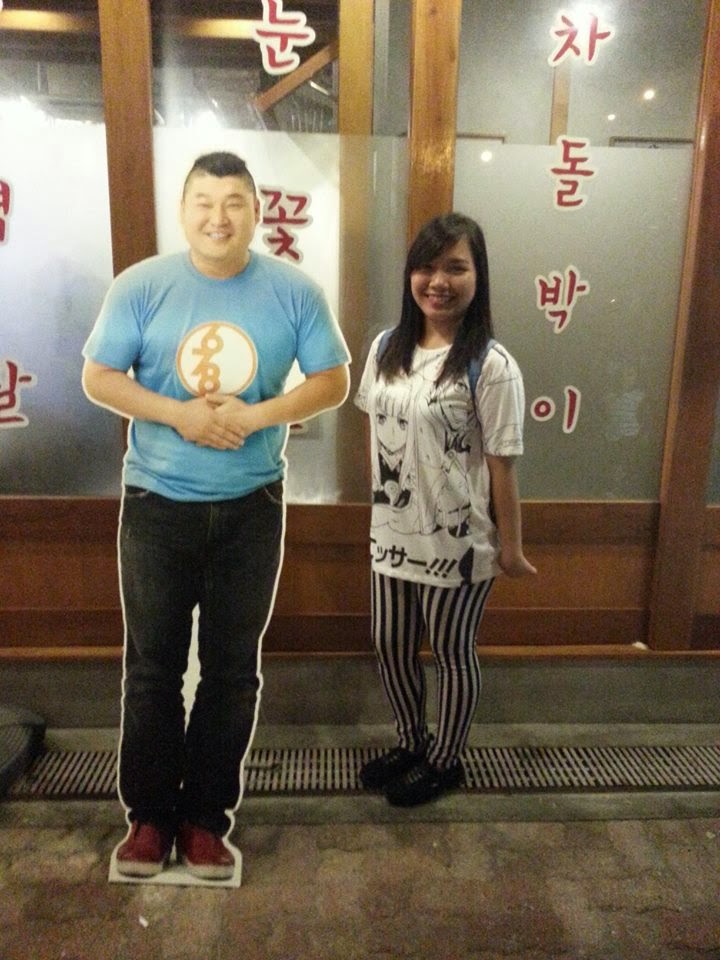 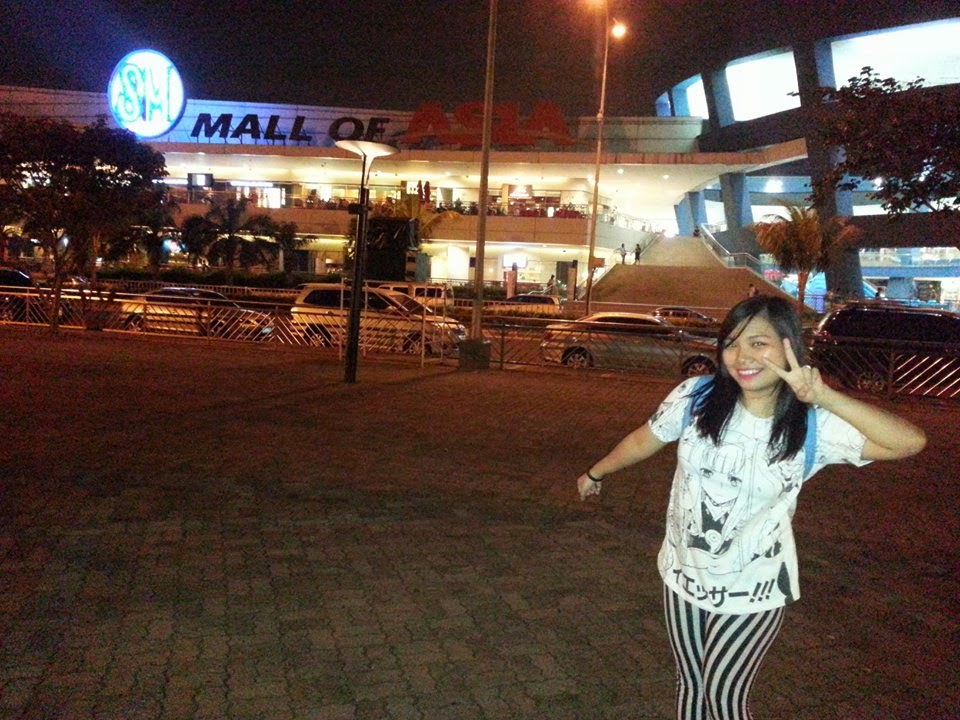 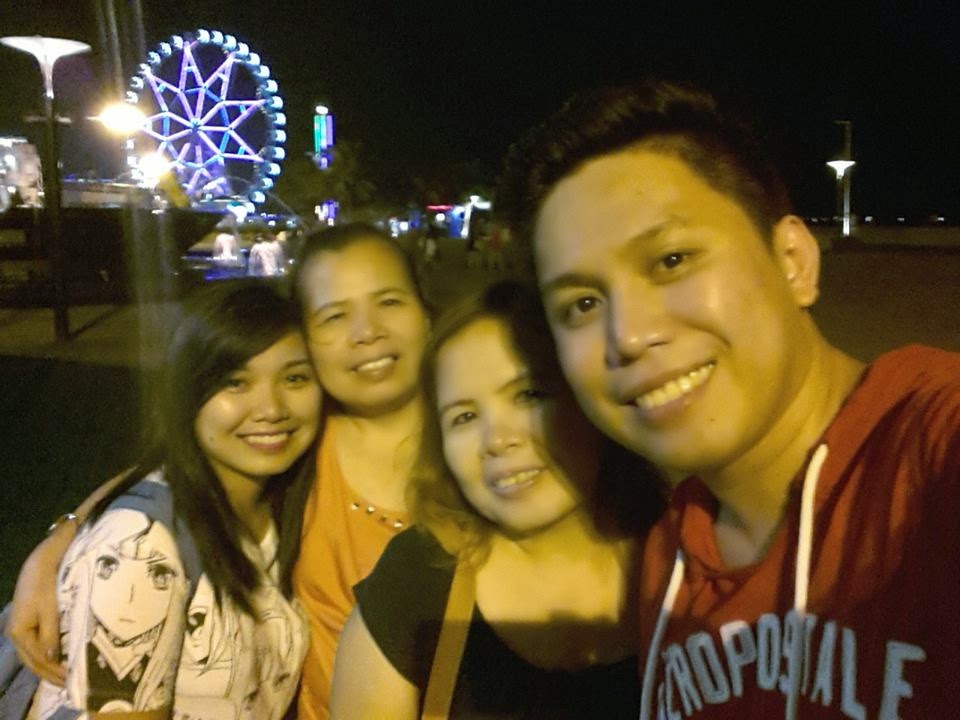 Us with the birthday boy :))

Later on, the elders went home and us, the not-so-old-generation was left, we talked alot and shared some jokes, my sister followed right after her work and joined us! Bonding with my cousins is the best! Not only because of their quirkiness but also because of the things that I learned from them. I have so much respect for them, career-wise.

Thank your for such a sumptuous treat Kuya Boy ^___^

I don't know how to end this entry so I'm posting a very creative and professional looking photo of my Tito and Tita, taken by my cousin. 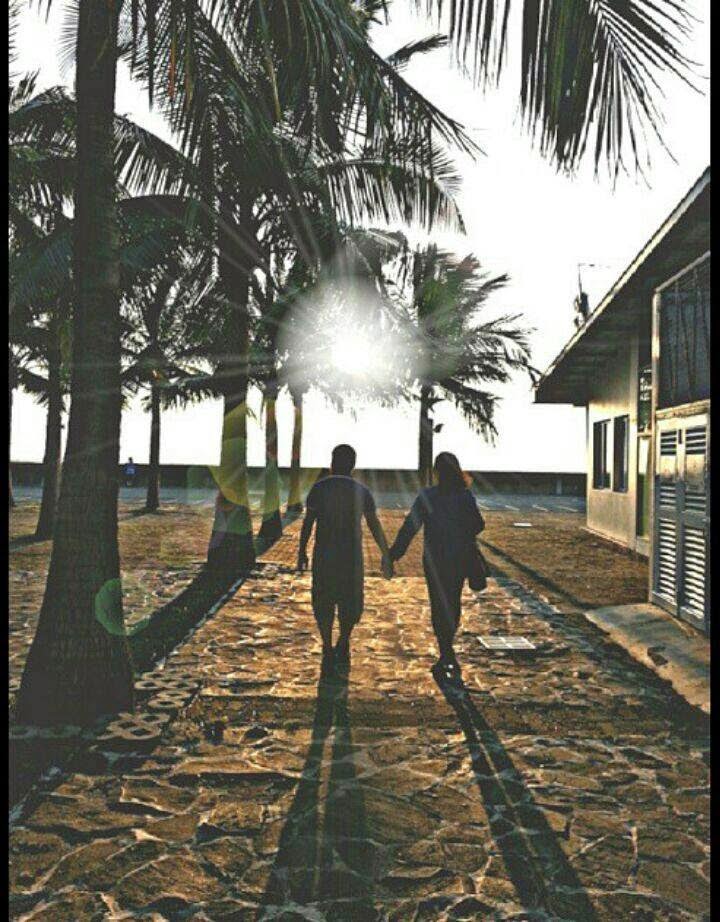