January started right for me.
Not only because it's the first month of 2019, but it's also another chance for me to start over with my life. As you may all know or have read on my previous entry, I just went through a break up and if you're asking me now, I have never felt this inner piece ever since. I'm more in control of my emotions and actions compared to my aggressive and emotionally unstable state especially on the last few days of December 2018. It was a mess. Unaware that I was already taking advantage of someone's kindness and I became greedy of attention simply because I'm not used to being alone. I got so worked up trying to make myself feel better that I got people involved in the process. I was miserable.

You can't rush it: at least that's what I realized. I did some self reflecting before I become someone I'm totally not. Before I have the ability to hurt other people. Before it's too late. Letting these bad thoughts and these bad people get into my head won't do me any good. As much as I'd like to get through past this as fast as I can, I need to face this head on. And like what a wise man had told me, "trust the process". and so I will. :)

I got so off topic lol apologies!
Anyways, January was a bomb ! Going straight to #matchahuntseries


I love it when people remember tiny details about me. Like how much I love basically anything matcha related. Two of my team leaders surprised me with this home made matcha cake as a post birthday gift! ♥ I was so moved by their gesture despite not being under their team anymore, the friendship stays.
This means so so so much to me T^T Thank you TLs' :'') 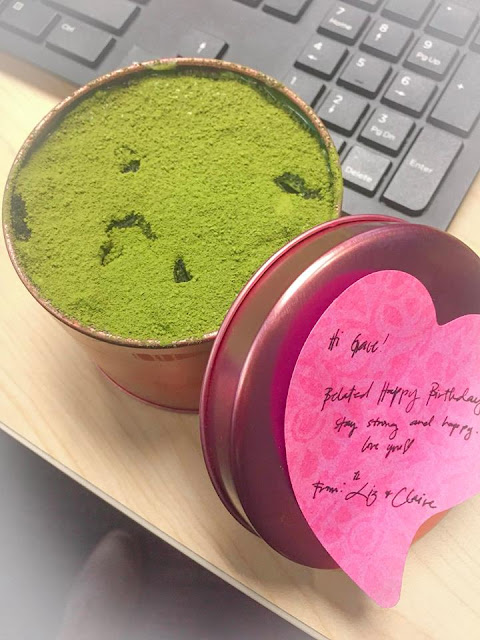 Matcha donuts !!
Bought by my sissy :D So happy my family actually appreciates matcha as much as I do ! I mean I know more people who doesn't like it than the ones who do.
Guuuyys, why are you sleeping on this gem ! 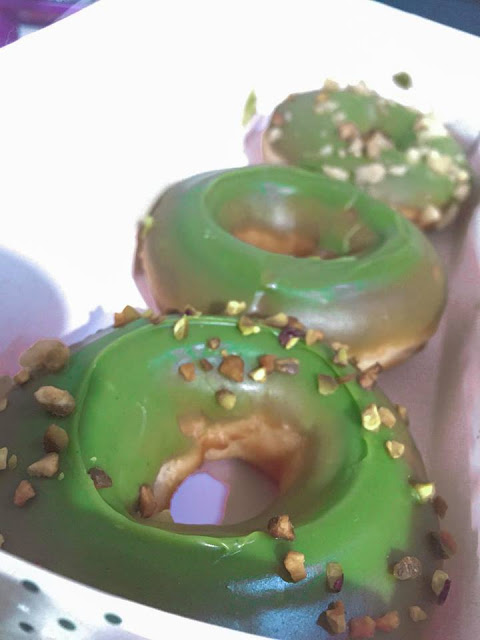 I bought Haori Cardigan from an online shop ♥
and I'm planning to buy more because huhu Japan !! T^T 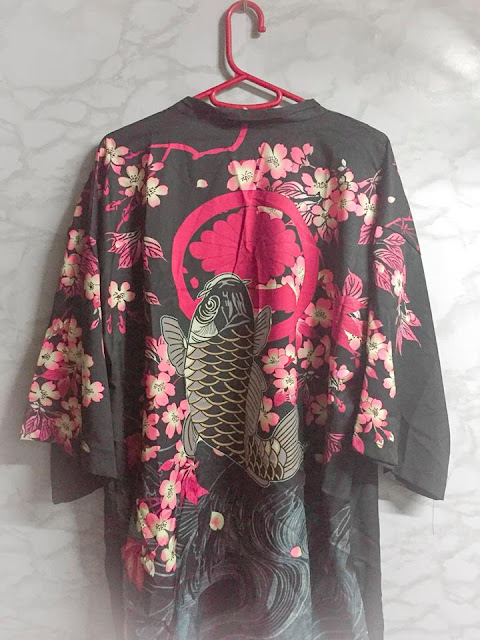 "Original Cake" from Taiwan is here ! This store just opened at SM San Lazaro and the line here is always loooooong but I got a chance to grab my hands on them coz what's the hype all about guys ? lol 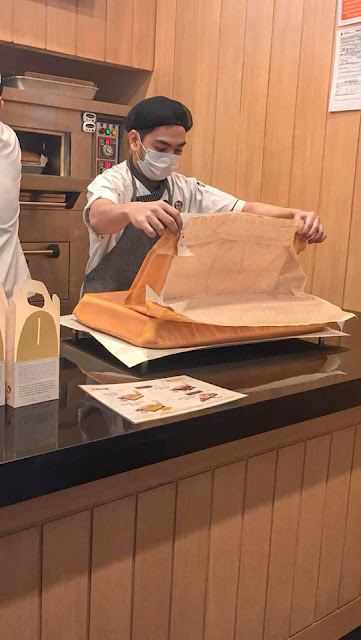 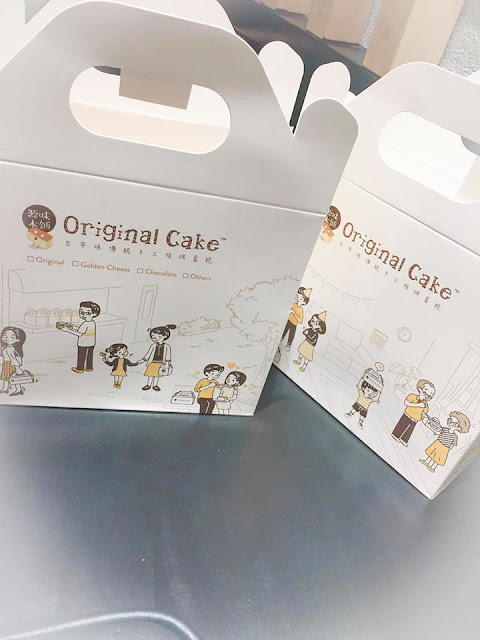 nom nom nom...
I got the Original and the Cheese one but they also offer chocolate flavored sponge cakes! 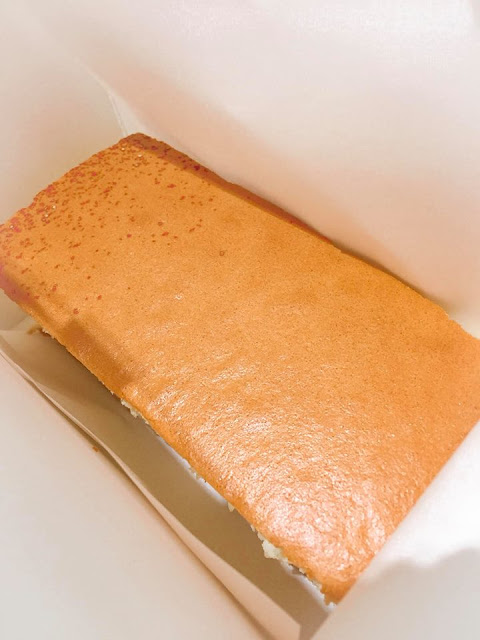 Smiling on the outside, allergic on the inside!!!
HAHAHAHAHA! y u gotta be allergic to shrimps Grasya :( 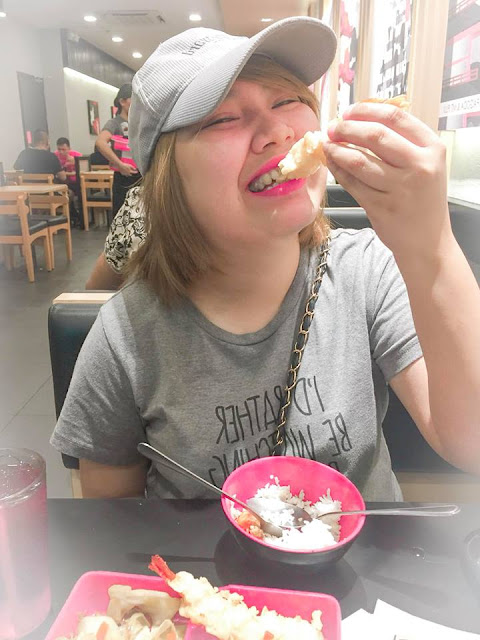 I had a chance to meet with my best friend, Bill.
Catching up over some yet again, jap food. 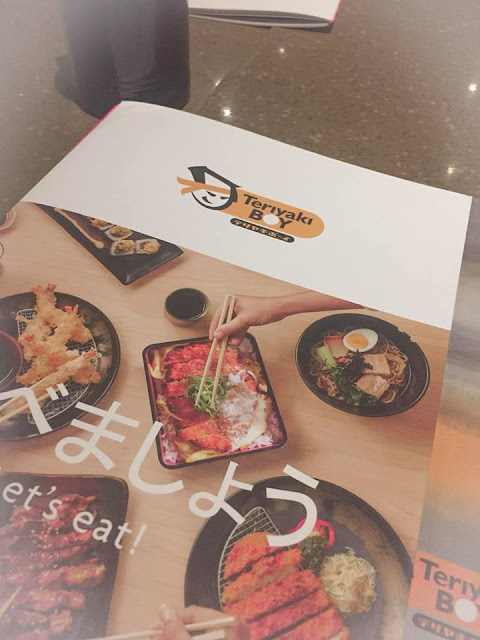 Opted for Chashu Ramen this time despite my Chickkkin cravings. 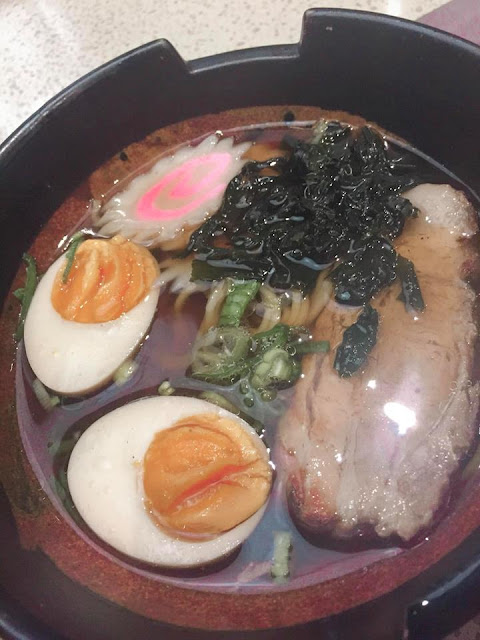 and I paired it with matcha frappe. I also had a matcha jelly kind of dessert. Forgot the name and I devoured on it even before I could snap a photo. T^T 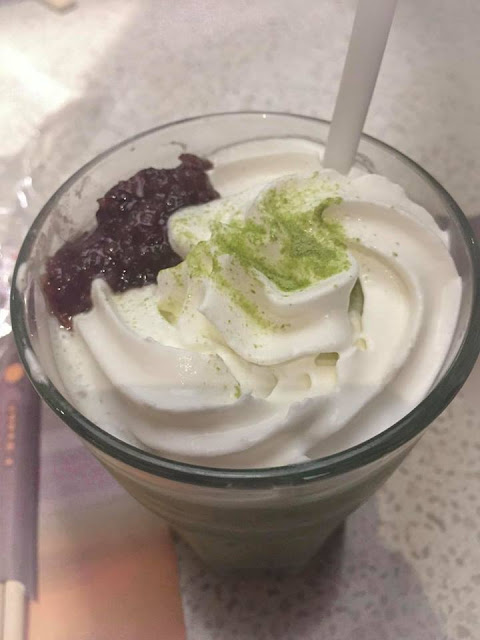 oh and btw I dyed my hair back to blaaaack !
For good. Because once you go black you can never go back lol
Honestly, been dyeing my hair consistently for years it became dry and frizzy overtime. And since I'm feeling all brand new and so called "new phase" of my life hahaha ! I decided to change it. :D
Bagay ba ?? 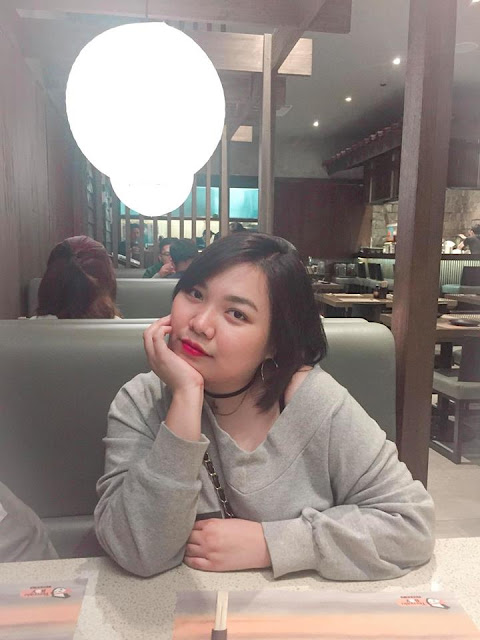 Wanna share something weird.
I never realized I was taking mirror selfies every day before going to work, I completed a whole week! I wanna continue doing this but my fashion taste will fail me T^T 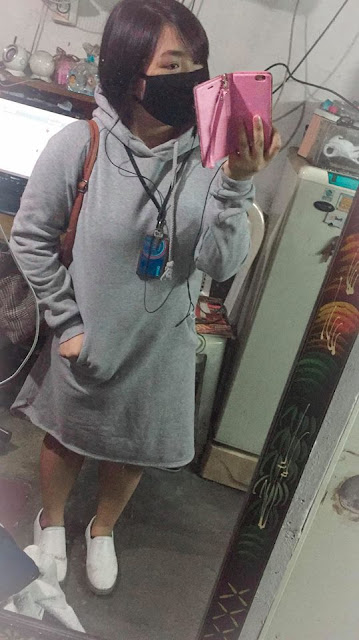 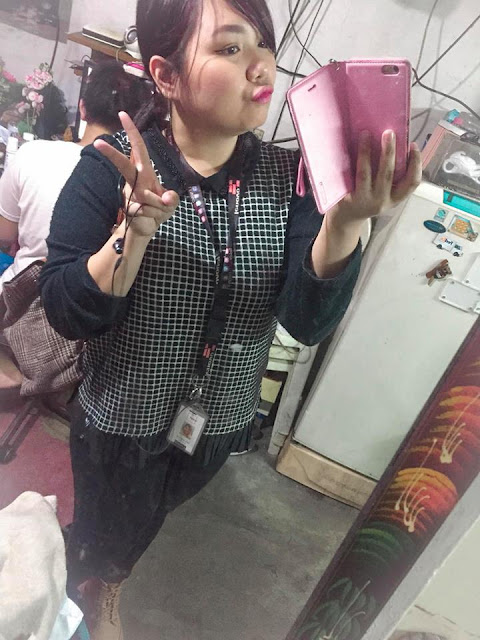 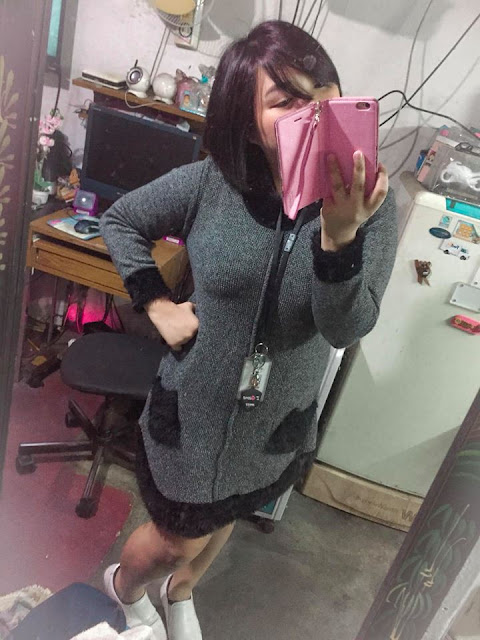 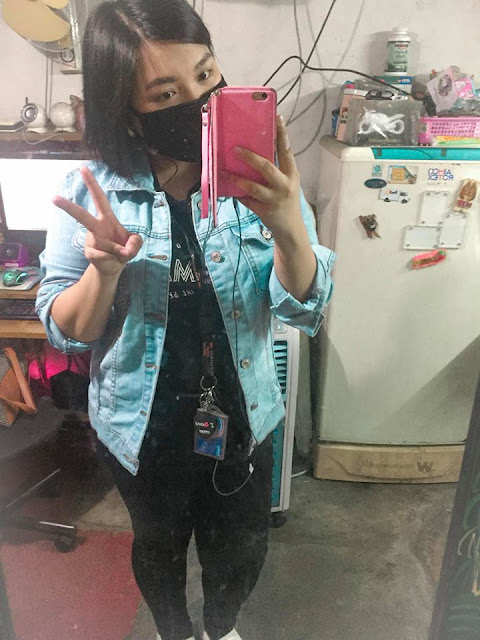 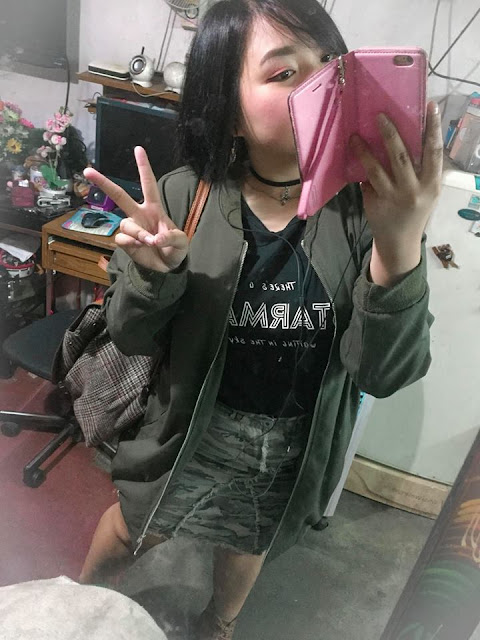 I also had the time to binge watch "Good Morning Call". a japanese series that I found on Netflix. This is about two teenagers who got scammed into renting the same apartment, and later on agreed to live together in order to make the rental payment. I just finished this one and I'm planning to watch Season 2. 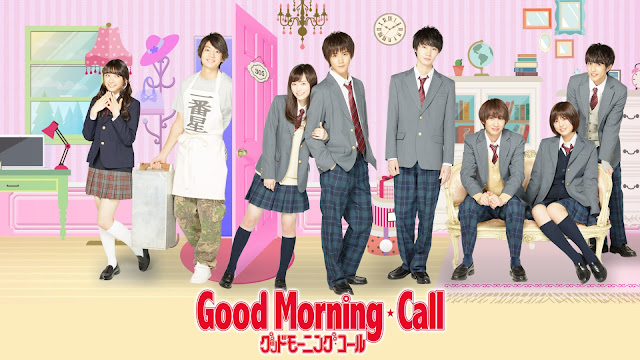 "Orange" is way too different. It's darker and will make you cry !
The story revolves around a girl who received letters from her future self who's asking her to avoid doing her "biggest regret" again.
The male lead is played by Kento Yamazaki my *coughs*, huge man crush !!!!
*Q* u guys better watch this film, not because of YamaKen but the story itself is so good, I cried T^T 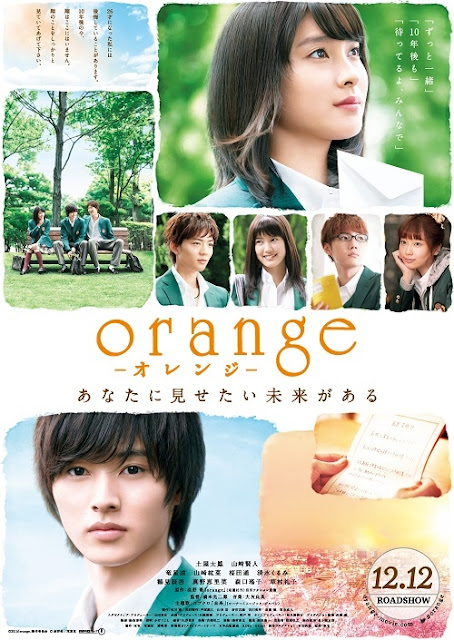 To sum it all, January was more of a roller coaster ride for me. Confusion, rage, self disappointment, self pity, and false hopes all at the same time. I'm glad I was able to get myself back up. I can already feel February will be much better.
Slowly coz I honestly don't have the energy now to force things to happen.
Whatever happens, so be it.