It's true that there are still kind hearted people in this now liberated country. And I'm gonna say that I'm one of those fortunate people who get to experience such blessing :) Not just once but twice!!
We call these people the good samaritans.

First, was when we were inquiring at companies and hotels for our OJT(on the job training) around Mabini which included a lot of walking and touring. Me and my friends were all dead and tired. It felt like we're looking for an actual job. We've been circling around Mabini the whole day and we decided to go to Robinson's Place and dropped by McDonald's to grab something to eat. My group is very practical when it comes to eating in fast foods, we bring our own extra rice, since we don't want to waste our money on their overly high priced extra rice hahaha!! Yes we do that!

After stuffing ourselves, we stayed a little longer to talk about our next plans regarding the company hunting. When this woman around her 40's approached and handed us a take out bag from McDonalds, I thought at first that she's here for soliciting and stuff. But no,she told us that it was from a guy whom she pointed at, standing outside the store. He's a foreigner around his 50's I guess.  We gladly accepted the bag and thanked the good hearted stranger, he nodded, smiled and waved at us in return. 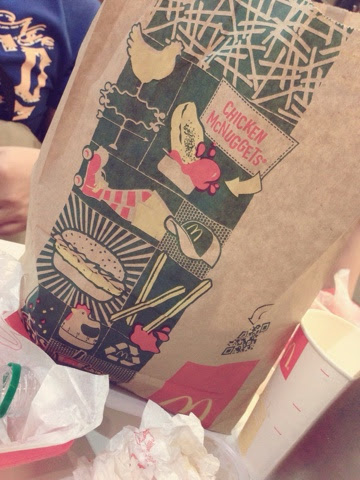 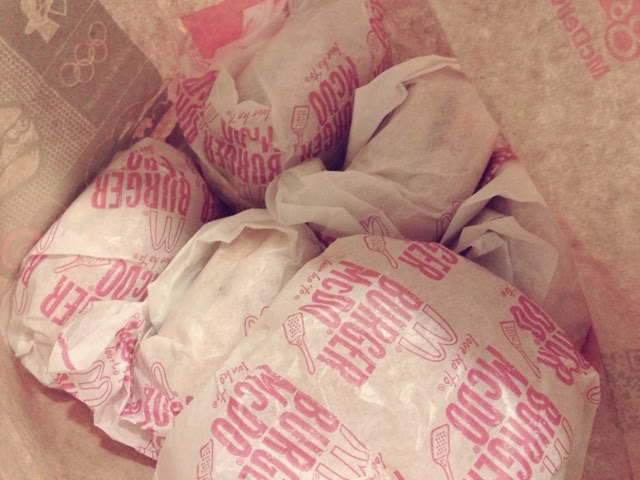 And it seemed like he was eyeing on us for quite a while because the number of burgers was just enough for us :)

We never really get to say our deepest gratitude because we were all overwhelmed and shocked by it. I have no idea what pushed the guy to just generously give us food but it's probably because he saw us sharing rice haha !! But whatever the reason is, the fact that he went out of his way to give us food is enough to make us happy and thankful!! The tiredness from walking and the stresses from touring has disappeared. The mood became happier and lighter.

Up to now, it still feel surreal because we don't get to encounter something unusual like this everyday,
aren't we?

We will never forget this mister stranger. You and your beautiful soul will never be forgotten.

The second one happened inside our school. None other than our own professor, he gave us free meal during our night class. It was very nice of him to do such thing! Just imagine all the costs of feeding the whole class. We all appreciate it Sir Gaña. 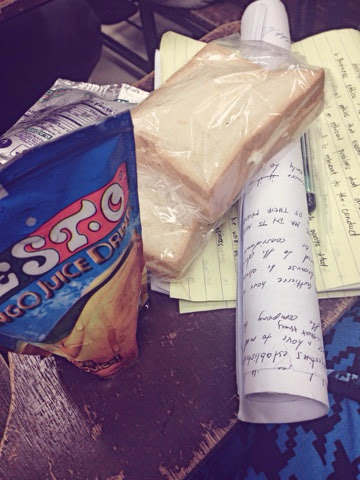 And just last week he did it again and  gave us free food for the second time :)

I'm so happy that up to this century we still have good samaritans roaming around, ready to help those who are in need.