I can't believe we are on the last month of the year !!! Can you feel the Christmas spirit? Because I am !

But before that, let me do a short recap of my November. I did a lot of unproductive things I guess. So I'm not so sure if you guys are ready to hear it hahaha! Since most of my monthly entry consisted of my random friends get together, you probably know them already!

As I stated before, I was at my Aunt's house the whole Undas and I just got back a week later. I'm already missing them ;___; Hello Nay!

On the second week, I had a date with my sister then dine at our usual place, Komoro. We both love japanese food but  this fat belly of mine seems to want to try other cuisines like Thai, or Vietnamese food for a change. I should really suggest this to her! But for now, foodstagram!! 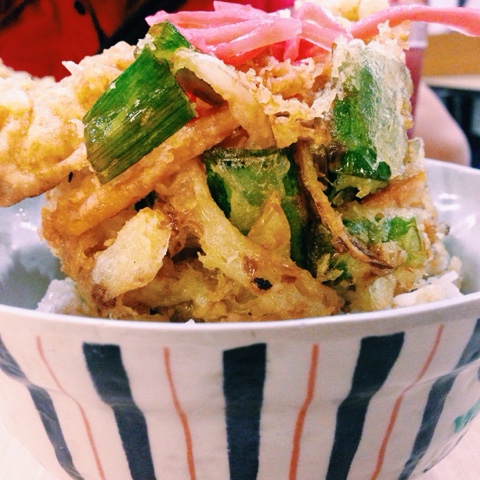 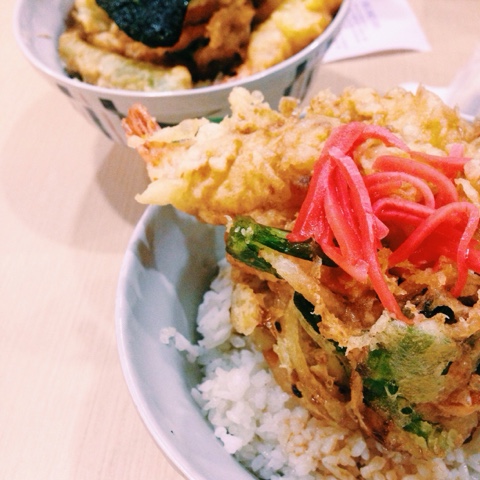 And I'm slowly starting to learn not to care about what people think haha ! 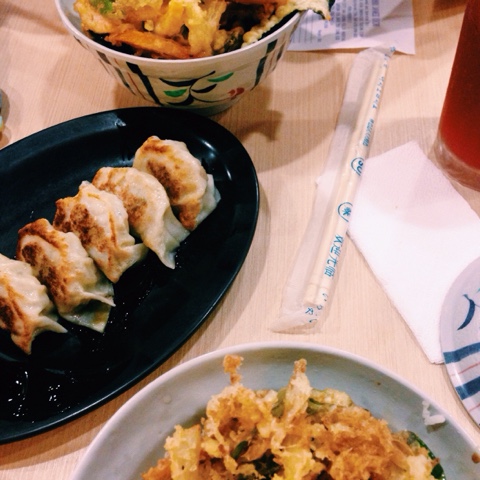 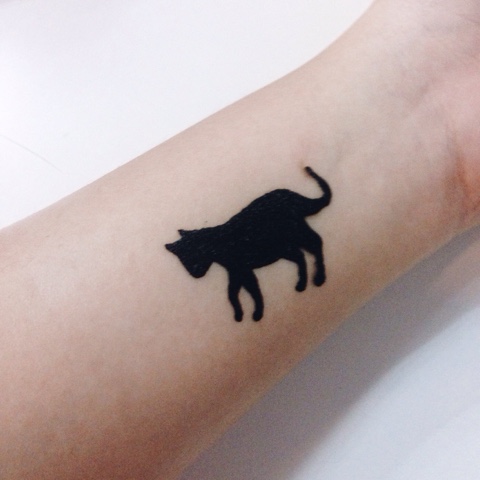 If there is one thing that made me really overjoyed, it would be because of this Neko tattoo. It's far from being a real one since it's only a Henna. :((  I saw this design originally on facebook and thought to myself "this is the design that I seriously want to have" :) 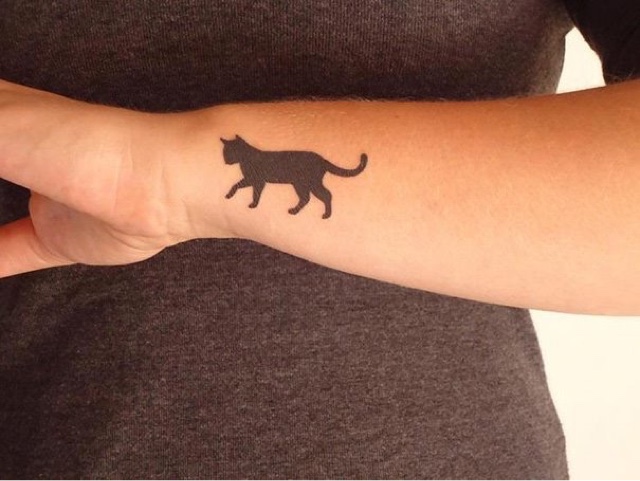 And so out of the blue, on a one random morning, I decided to get it.

It may seem simple to you guys, but this little action made me realized why people love tattoos (even on henna). The design that I chose reminds me so much of my late Neko (I miss you sweetie ;___;), to be honest I really like to have this tattooed on me for real! But mom doesn't want me to and this might take some serious convincing. This will do for now. I'm more than happy to show my love for my cat.  And probably the least thing I can do for him. After having this henna, I really fancy getting a real one. 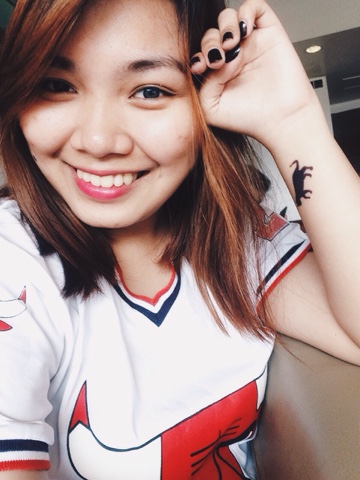 Now Neko will live with me for a couple of weeks! T^T *sobs*

I think people who have real tattoos are brave. I'm not one of those people who judges a person because she/he has one. I'm more curious about the story behind it!

Anyways, one of the person who first found out about it and also the one who inspired me to get one is my bestfriend, Roi! He was so surprised coz he has no idea I'd get it sooner ! Hahaha ! We met after such a long time and two hours isn't enough. 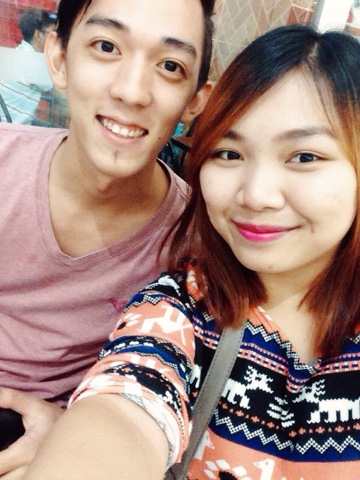 While strolling at the mall... I fangirl over this giant Christmas tree and had my friend take a photo. So here's me doing the "Weekly Idol" pose because that's what I've watched the whole night! :D 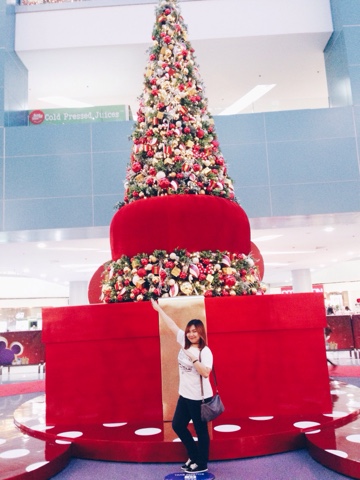 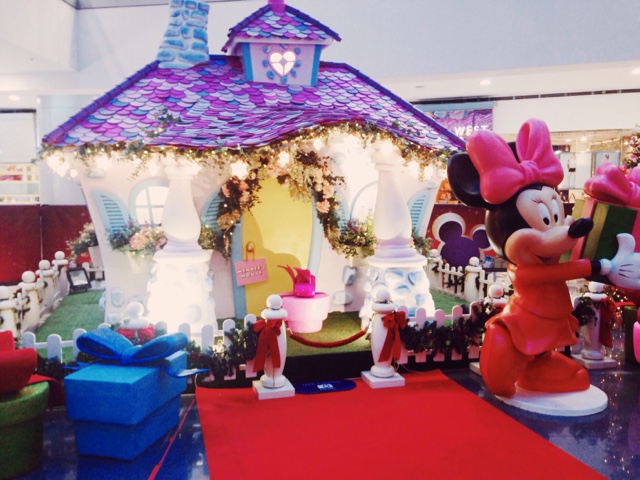 The flower pose, supposed to make my face smaller but damn those exposed fatty arms ;__; 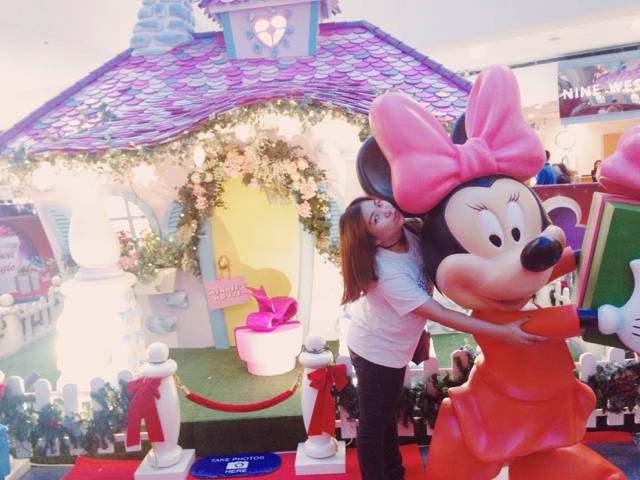 Giving love to Minnie mouse but it seems like she's giving it to someone else. TTUTT Ganyan ka naman Minnie eh! Pare pareho lang kayo! Kems!! 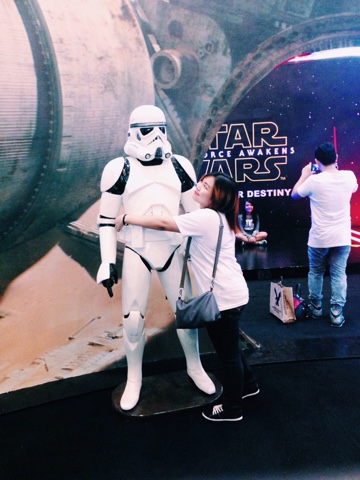 Since Minnie rejected me, I'm giving my love to someone else hahaha ! 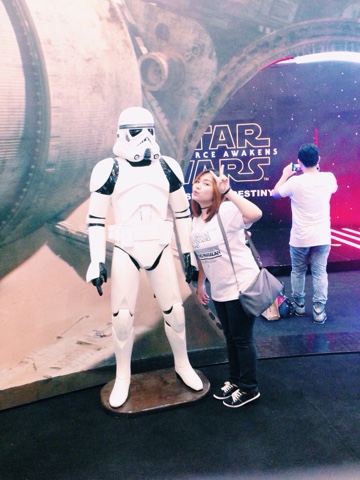 Lol Grasya! Dyan ka magaling! I haven't watched Star Wars, soooo....who the heck am I hugging? This is probably one of the reasons why I like roaming around the mall. Thank you Alvin for taking these photos for me :)

Quick lunch with my sister again. My sister and I were all about food, mga patay gutom eh ! Hahaha !!! 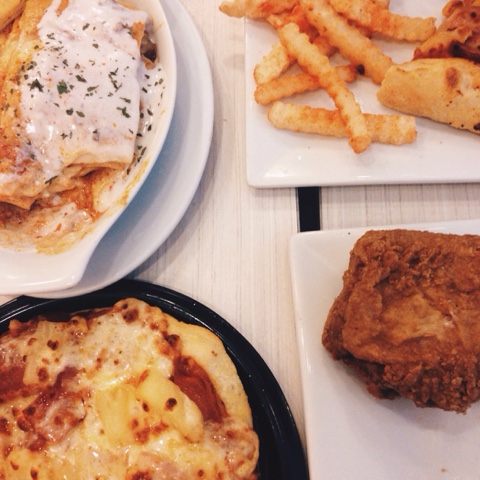 One of the main event of my November is this Batangas trip. I still can't forget how lovely you are! 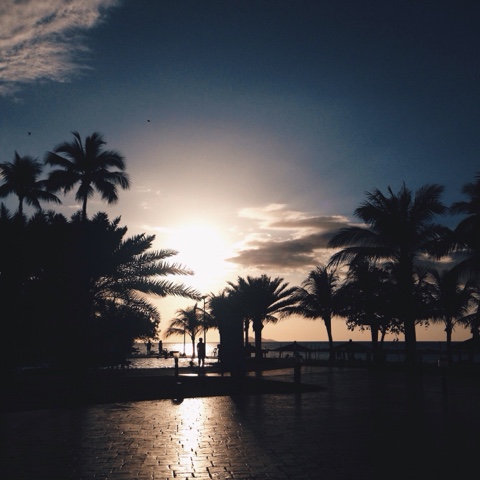 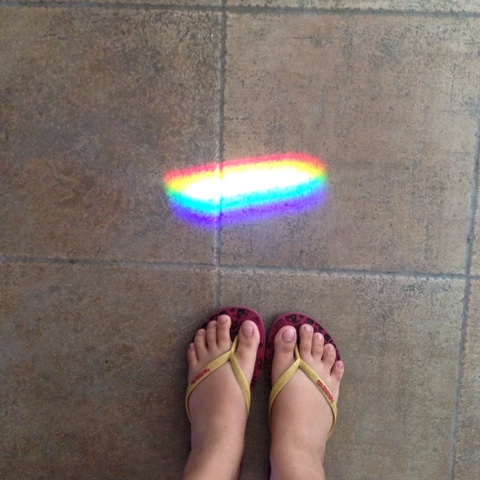 I found this rainbow reflected on the floor while walking through the hallway of the hotel where I used to stay at. #SimpleJoys I suddenly remember Kaila, my kawaii inspiration who loves Rainbow :)

Last but not the least, Bebi paid me a surprise visit after almost a month! Huhuhuhu! I missed her so much! We had a quick catch up that night at Starbucks near my home. Glad to end my Novemeber with her! Coz I really thought she had forgotten about me na! 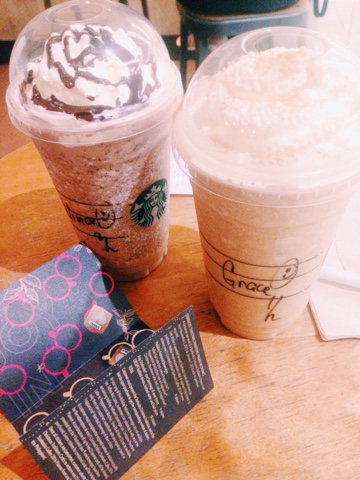 I think I'm done recapping, now let's go to the movie reviews. To be honest with you guys, I don't really plan on having this kind of section into my monthly entry.  I just really like to read manga, watched anime, drama and movies whether be it japanese, korean, or mostly anything! I came up with this because I thought it would be great to recommend them to you so I made this out of my hobby. Plus, the fact that I can't seem to get over my feels with every movie I watch. I always feel the need to spazz over it teehee! But don't be mad, I give warnings naman kapag mag sspoil ako !

For a change, me and Jung watched a Thai film called "Yes or No". A little plot, hmmmm it's actually about two girls who fell in love. Yes you heard it right guys, it's a girl-girl movie. So what happens when a girl who hates tomboys happens to share a room with one ? Better watch it coz' It's a very interesting movie! I even cried too ;__; I don't usually watch a movie with that kind of genre but lol what am I talking about ? I really love the girl who played the tomboy role !!! Tinaaa!! 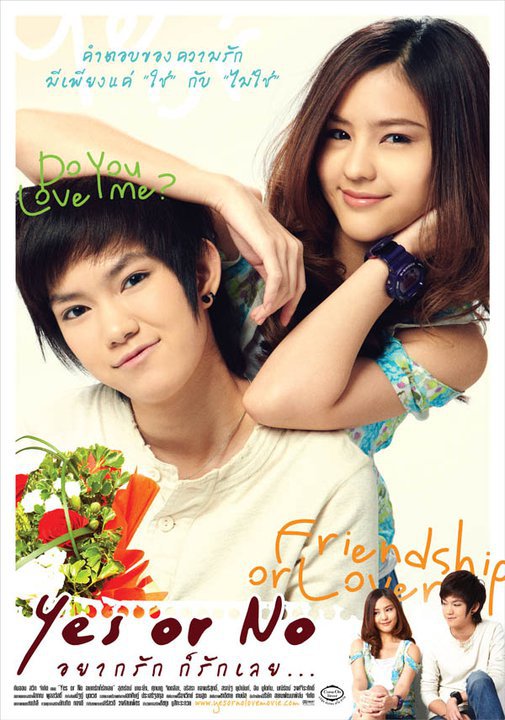 Since garnering attention from the first movie, a part two was made!! "Yes or No 2". This one is about loyalty and trust so you relationship cheaters must watch it hahahaha !! We can all relate!! 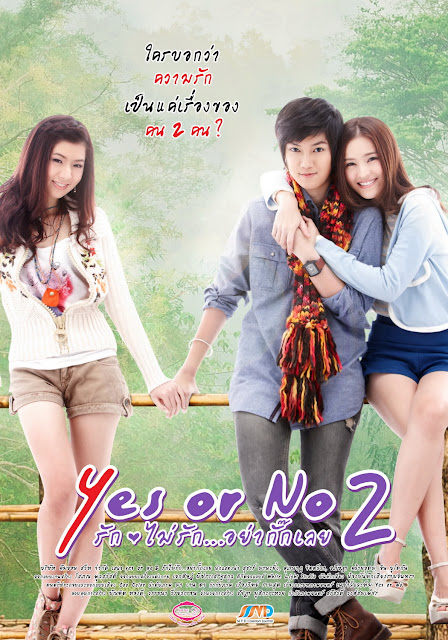 And again, since the part two was so damn successful, another part was added. "Yes or No 2.5" . It's just saddening that it's a whole set of new characters aside from Tina (the tomboy) who's the main character. It's still good though. I'm drooling over her coolness! Tina really gained a new fan in me. 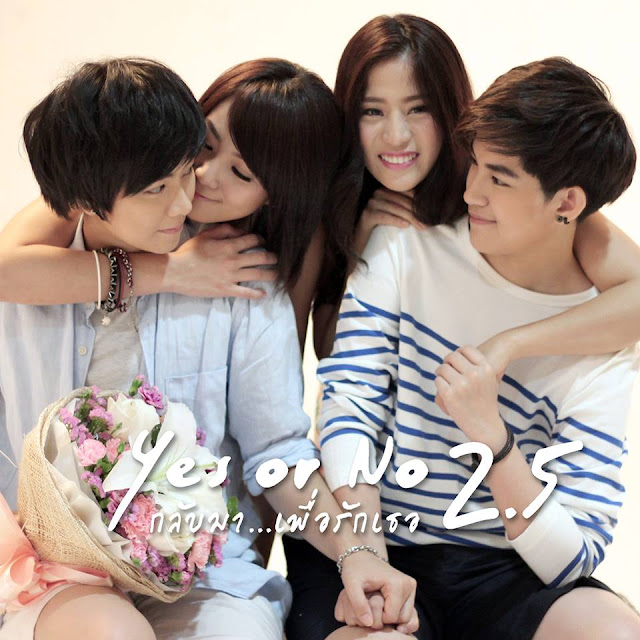 My Kumare suggested this horror movie to me, "Tag"/"Chasing the World", a japanese film. Coincidentally, a friend from Facebook posted the link that night so I gathered my covers *crossover* my cousin and le brother to watch because I can never watch it by myself. If I were to describe it in a single word, it would be "weird"! I had a lot of thoughts going on my mind throughout. It's just unexpectedly exciting! 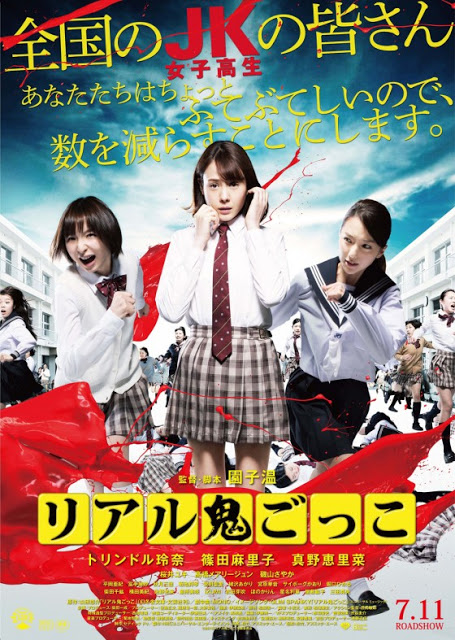 I also started watching Noragami, though I can't give my proper reviews about it now. Maybe next month or more like next year!!?!?! Omg !! Snap ! Now that I think about it, my next monthly entry will be publish next year!!! I'm still not over 2015.

And that's a wrap!! So yeahh in short, I had spent my Novemeber going around the mall offering my love to random statues, what a very productive month !!

Anyway, See you next year guys!!